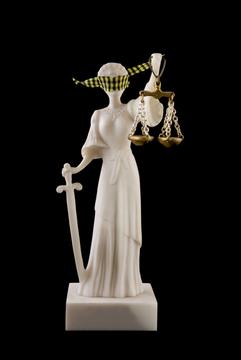 For Native women, the lack of access to abortion

has been a reality for over 45 years. The recent

Roe v. Wade, and ban abortion in the United

States, is just one more way that American

been denied control of their bodies and lives.

The Indian Health Service (IHS), a division of the

has provided health care to the majority of American

Indians and Alaska Natives for decades.  Since 1976,

AIAN women and others have been denied

abortions because of the Hyde Amendment.  Named for its sponsor, the late Senator Henry Hyde, the amendment prohibits the use of federal dollars on abortions except in the cases of rape, incest, and threats to the mother’s life.

Native women have also had difficulty obtaining birth control pills or other contraceptive measures through the IHS, and access to emergency contraceptives like Plan B may require a prescription. Some IHS clinics contract out these services to state service providers.

The need for contraception and abortion is a major concern for most women, but minority women will suffer greatly by being denied control over their ability to reproduce or to end pregnancies.  The U.S. Centers for Disease Control report that AIAN women, along with Black women, are two to three times more likely to die from pregnancy-related causes than white women.

There is also a well-documented history of sexual violence against Indigenous women, from rape and trafficking to forced sterilizations in the 1960s and 1970s. A National Congress of American Indians Policy Research Center study found that more than one in three Indigenous and Alaska Native women had experienced violence in the past year, including sexual violence and violence by an intimate partner. They were 1.7 times more likely than white women to be the victims of violence.

Historically, Native women have used a variety of herbs to control their ability to get pregnant and to end pregnancies.  The herbs have included stoneseed, dogbane, savin, pennyroyal, tansy, ergot, snakeroot, cotton root bark, wormseed and species of Artemisia.  However, these remedies are not always effective, and whether they work or not, Native women have the right to access current methods of birth control and abortion.

If you want to support reproduction rights, need services, or want to learn more, there are resources.  Following is a list of organizations you can contact to get assistance, or become part of the effort to demand that women have control over their own bodies. Organizations that are specifically dedicated to AIAN women have been indicated by an asterisk (*).

Abortion Care Network’s mission is to ensure access to abortion, support clinics and providers, and end harassment of abortion seekers and providers. https://abortioncarenetwork.org/

Abortion Clinics Online is a paid online directory comprised of abortion providers and reproductive healthcare specialists.  Abortion providers are listed by state, then city. There is a way to search for clinics by services (late abortion, abortion pill, etc.).

*Indigenous Women Rising a group based in Albuquerque, New Mexico, that helps Indigenous women travel to states where abortion is still legal. https://www.iwrising.org/

NARAL Pro-Choice America works at the state level to promote progressive, proactive policies to advance reproductive freedom and fight back against harmful restrictions that threaten access to reproductive healthcare and the ability to make decisions about pregnancy.  https://www.prochoiceamerica.org/about/state-chapters/

National Network of Abortion Funds  removes financial and logistical barriers to abortion access by centering people who have abortions and organizing at the intersections of racial, economic, and reproductive justice.  https://abortionfunds.org/

Power to Decide includes a state-by-state guide to abortion access and laws, and lists the various pieces of legislation currently under consideration by Congress that would strengthen abortion rights.  They work to ensure that all young people have the power to decide if, when, and under what circumstances to get pregnant and have a child.

Pro-Choice Public Education Project is a national reproductive justice organization that works to engage and inform organizations, young women, transgender and gender non-conforming young people, ages 16-25, especially those whose voices are not heard in spaces where sexual and reproductive health and rights are addressed.

Pertaining to all articles in Whisper n Thunder:  Editor's Note: Authors commentaries do not necessarily reflect the views of Whisper n Thunder. However we stand strong in the belief that our authors have the freedom to express their well-thought out points of view and are grateful for same.