I have written and rewritten this article several

times in the last week because there is so much

that needs to be said.

We Indigenous .don/t need to be told the issues

because we live with them every day, but for those

who don't understand why we don't just "Get Over It"

Recently the world was stunned by the finding of the remains of 215 children on the grounds of what had been a Catholic Indian Residential School in Canada. Other remains have been found in similar locations in the past in the United States. Sadly, I am certain they won't be the last, that there are other little ones out there waiting to go home. There are still a few Indian Boarding Schools in the United States. I find the ones who use our children's art and our culture as a way of fundraising to be deplorable.

Meanwhile in the U.S. the Government still steals our children. In spite of the Indian Child Welfare act of 1975.South Dakota is an excellent example. They have a larger percentage of native American children than any other race. The Federal Government pays the State a small stipend for every child in state custody so they use our children as a revenue source.

Then there is Missing and Murdered Women, Children and Men, Which have become a terrifying issue which is covered on Social Media and by Native Journalists but never seen in the regular media sources. Our missing often when finally located are deceased.

Native American women are raped at a higher percentage than any other race, Most probably because of the rampant hyper sexulation by the media and advertising professionals of indigenous women. Over 65 % of native victims identify their attackers as being non-Native.

Uranium and other chemicals runoff in our drinking water doesn't just harm our earth and water. The cancer rates among native people who live or lived as children near active or inactive mines as well as pipelines is extremely high.
which leads us to medical care.

Native People who have to depend on care from the Indian Health Service are receiving at best second-class care from a broken system that has never functioned well.
When you add in things such as poverty, usually because of the chronic lack of employment on and near reservations for indigenous people. Lateral violence, alcohol and drug addiction as well as domestic violence, all symptomatic of Historical Trauma then you begin to scratch the surface of indigenous issues our people are currently dealing with.

Recently someone I respect a lot said that you cannot reach Unity and healing if you bypass Accountability and Consequences. Basically I agree.

However I believe that Standing Rock and the Recent U.S. Presidential Election demonstrates what can be accomplished when Indigenous people unify.

If we ever see The Catholic Church and others who ran Indian Residential Schools as well as the Canadian and U.S. Governments be held accountable for the damages done to Indigenous People it will happen because a united Indigenous community and their supporters demand it. When we Demand that they be held accountable and there are consequences for their acts. Demand that the Treaties these governments entered between our Nations be honored. When this is accomplished then and only then will we begin to heal. 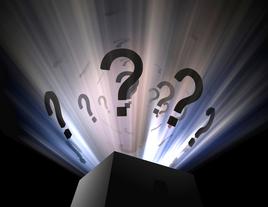