American fascism is on the rise, once again, although

not very popular. No American citizen with any

ruling these United States. But there is a segment of

Americans who are supporting fascist ideology on a

very public scale. Why? They're not satisfied with

democratic republicanism based on fictitious lies

and not surprisingly, false propaganda.

Although their militant extremist rhetoric is more

public and almost prevalent, they are losing

ground in domestic courts. But this does not

seem to act as any type of deterrent for their

followers. Their popularity is at an all-time high.

But the indictments and sentencing for federal crimes is also at an all-time high. Which is a sacrifice they are willing to make. Although, once in prison, they admit to having conjured up some doubts. American fascism itself is a relatively new agenda which has been litigated in Congress and in the courts before.

Internationally it is also a new political animal only coming onto the scene in the early twentieth century. But the basic premise of one person controlling everyone else has never really been a popular sentiment. It has always been poignantly reviled as a political system. But the current popularity, especially among downtrodden, supposedly victimized white males conveniently neglects to remember the vile, dangerous and inhumane aspects of the homicidal fascist regimes that have gone before. Mussolini, Adolf Hitler, Joseph Stalin have all been carefully homogenized and rethreaded as humanitarian vigilantes.

Which brings us to Holocaust denialism, and genocidal nationalism, both of which have become delicious fodder for the extreme right wing fascist agendas currently infusing themselves into American politics, with the support and encouragement of certain significant American politicians. The pseudo-fascism that is being infused into the American political arenas seems to lack any real commitment and it certainly lacks national authority, but the crazy train still seems to be rolling forward with magnanimous solidarity among self-disenfranchised white power groupies. The danger of course has become the lone-ranger type extremely violent vigilantism which targets enemies-of-choice, which is basically anyone, anywhere.

So public discourse be damned and public safety is questionable and almost non-existent. But on the bright side, political movements may be on the rise, no more NRA Lear-jet getaways, or Chris Steak house dinners, or get-into -Harvard free cards. The current evaporation of Congressional incentives from mega-corporations and right-wing moral moguls may be opening opportunities which some thought had all but disappeared. So, a right-wing militia without the appropriate man-killing accouterments just doesn't seem all that probable any longer. Unless they revamp their nerf-guns, they're going to have to stick to blow-hard podcasts, extreme radio shows or rain-soaked perma-ink placards with appropriate emoji's. I don't doubt that someone with serious ingenuity will try to bring back Stalin as a zombie to lead them to victory. 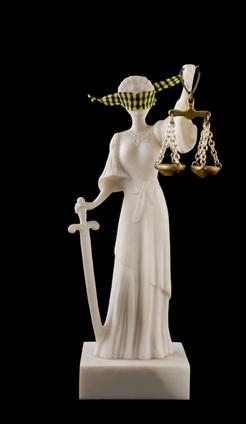