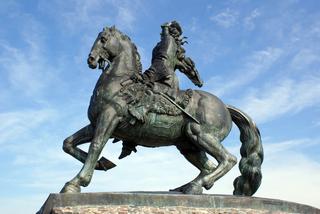 An All Too Familiar Siege

As I read the articles and witness the

accounts among our top national news

outlets regarding the crisis in Ukraine, I

of fear, sadness, and anger that take

their course in most viewers. These

news stories are seemingly updated every hour to convey the grim, chaotic events that are unfolding within a nation that is being besieged by a larger nation. Add in the fact that the larger nation has significant nuclear capabilities with a leader that doesn’t seem to be afraid to use them against his foes, and the future makes for a terrifying speculation. But something else has occurred as I watch the war in Ukraine unfold, and that is I start to analyze my own country, and its past actions that were similar to what Russia is imposing on its smaller neighbor. I think it’s important to take part in this exercise as I believe this is what’s part of being a human being, and an American citizen.

Perhaps it’s the Navajo in me, but I can’t help but look at the injustices carried out by the United States military on Native American tribes and see similarities in such events that are happening in Ukraine. In fact, one doesn’t need to look very hard to find examples of the violence and brutality imposed and endorsed by the American military on Native American tribes, especially through the colonization of the western half of the U.S. I am not discounting or taking away from the turmoil tribes in the eastern half of the U.S. experienced with the federal government. But to examine a portion of these historical injustices, the expansion of the federal government into the western half of the U.S. could be categorized as sort of a slow invasion. With treaties between the federal government and Native American tribes being drafted, agreed upon, and usually broken by the American government when it was deemed that the land tribes inhabited was worth too much to belong to the tribes themselves, or that tribes posed too great of a “threat” to non-tribal citizens. In fact, the “conquering” of the western half of the U.S. by the federal government was largely driven through the desire for economic expansion, Manifest Destiny, and created around drummed up fears that Indians were a bunch of bloodthirsty savages that wanted nothing but ill will towards the non-Native population. Does at least a portion of this sound familiar to the turmoil being unleashed from Russia onto Ukraine?

Having pointed out some of the general injustices the federal government has imposed against Native American tribes, it is in no way a comparison of the American governance system to that of Russia’s. On the contrary, the American system, no matter how painful it has been for Native American tribes, has allowed for at least some sense of empowerment, opportunity, and sense of sovereignty for tribes that are not offered in many other countries. America does not censor the internet to the same level as other world super powers, and our governance calls for limited terms for top politicians with a self-correcting system, however imperfect, based on the freedom of elections working in tandem with the census collected every 10 years. Indeed, I would be remiss to write so critically of America if I didn’t admit to the freedoms our federal government allows for, that are shaped and driven by its citizens, that do not exist in Russia, and among other autocracies. And as of this writing, Native American citizens have been granted the right to vote, the right to assemble our own sovereign tribal governments, the freedom to practice our ceremonial beliefs, and the general freedom to pursue our own sense of purpose and happiness.

America is an imperfect system that is constantly striving to self-correct itself into something better and a model to aspire to. And this pursuit of self-correction is still driven by its citizens, including those of Native American tribes. It is also a country with its share of significantly ugly portions of its past. An example of one of those ugly historical actions was the Long Walk that included the forced removal of my Navajo ancestors, carried out by the U.S. military, from our homeland in the Four Corners region to a location in eastern New Mexico called Fort Sumner in 1864. Methods carried out to force the surrender of Navajo families included a “scorched earth” campaign to destroy homes and food supplies across Navajo land until submission to military arrest and control came to fruition. Thousands of Navajo citizens were forced to march to Fort Sumner, and were interned there for several years before being released to return home.

While many of these ugly events happened a relatively long time ago in U.S. history, it is important to recognize the costs and suffering it inflicted on people that may be similar to events happening in other parts of the world. One could argue that while Native American tribes and the federal government still have much to reconcile between one another, these battles and efforts largely take place in a courtroom instead of a battlefield, and that Native American tribes are still present and strong within an American system that allows for some sense of autonomy and freedom. Therefore, as critical as I am about our country, I believe we should offer measured support in the fight against tyranny in different parts of the world, especially taking lessons from the past brutality that occurred in America. We should support Ukraine in their fight for sovereignty, because as Native Americans we know what it’s like to be in their position. Not to mention the tyrannical power that is laying siege on Ukraine threatens to upend the entire world’s freedom, including our own. Like our ancestors experienced in the past, if this tyranny is not dealt with early and from a distance, it may end up on our doorstep sooner than we expect.