Terminated.
Fired.
Such abrasive and dreadful words that I

heard one fateful Tuesday morning, a

cacophony of emotions ran through me,

a thunderstorm of doom hung over my

head that day, visible to everyone within

a five mile vicinity of me. If I’m being

honest, the thunderstorm is still here today, the only difference being, I’m allowing it to hang over my head, not because I suffer from shame and embarrassment any longer, but because it’s my badge of courage. Except, this badge no longer associates itself with the daunting stigma of being “fired,” but entwined itself with the beautiful chaotic poise of surviving. I survived being fired and in a way I feel more liberated than I have ever been.

Ok, so how did I go from depressed, bills piling up, stressing about the amount of time it will take to find new employment, basically the life I have built slipping away, to finding contentment  with no job, unmarried and no children? To answer that question, I had to do a bit of self-reflection; Ernest Hemmingway quoted it quite eloquently if I say so myself, “Courage is grace under pressure.” I realized that sometimes, well a lot of times in life, we are faced with tribulations that will end up in two ways, we either let it consume us and become a former shell of ourselves, or we pick ourselves up, dust off the knees, bandage the cuts and keep going. I relate with the latter, in my short thirty years of existence I have survived being molested at seven, survived being sexually assaulted when I was seventeen and survived a physically & emotionally abusive relationship in my early twenties. I have been a survivor and will continue to be a survivor; I won’t lie, I forgot about this beautiful piece of me that continues to march forward despite the ugliness. It took me getting fired to re-open my eyes and see what has been there all along, and what is that you might ask? Well, it is not just one answer, it’s an intricate web of things entangled, and since I’m all about transparency,  I’m still figuring most of that out, but here is what I have re-learned about myself and what I want:

1. I realized this is just another hurdle leading me to my right path. Striving to be the eternal optimist, I sometimes fail at this, but I try to remain vigilant in that there is always a silver lining and better things are yet to come. Like the age old adage goes - once you hit rock bottom there’s only one place to go and that is up.

2. I realized I was only taking jobs that fulfilled only one aspect of a list I did not know I subconsciously created – I only accepted jobs that paid well, though it is not bad to want to feel financially stable, you should always feel happy about where you work and what you do, for me I want something that is fulfilling. I don’t want to just earn another paycheck; I would like to make an impact, is that too much to ask?

3. I realized that being one of the oldest in the family sort of puts unspoken responsibilities and duties on your shoulder. You are the role model for your younger siblings, the one who sets the example for them to follow and surpass. When I was fired that day, among the normal feelings, I also felt a lot of fear, fear not only stemming from failure, but fear that I would change in the eyes of my loved ones, that they would no longer see me as being successful. But that’s the beauty of loving unconditionally, they prove you wrong, and help you realize that no matter what happens, they will all be there to rally behind you, pick you up, and if need be drag/carry you until you can stand on your own legs again.

4. Finally, one of the most important, I am as strong as I am forgiving. I have forgiven those who intentionally or unintentionally meant me harm, physically and emotionally. I also forgave myself for whatever stupid reasons I made myself once believe that it was my fault or that in some twisted way I deserved what happened to me. In a way I am grateful that those occurrences happened, if not for them, I would not be as uncompromising or as mentally capable to withstand yet another blow of many to come. Those experiences, whom I wish on one else, was instrumental in creating me, the me I am today. I lost sight of what an intelligent, beautiful, empathetic and strong-willed indigenous woman I am, that we all are in our own significant way. We forget to remind ourselves how remarkable we are, whether we are students, single mothers, etc, we are all courageous beyond measure in our own graceful way and we should never forget that.

After my epiphany that came after being terminated, it got me thinking to how many other individuals are in a similar situation, how many females like myself, feel lost, hopeless or confused about what the next steps to take are? Although, I am not claiming to have all the answers, I do know and understand that being fired should not be something to fear, or even be ashamed of. In reality, it is something to be embraced because how else would I or we grow and learn, personally and professionally? The whole business of getting canned is what brought about my desire to write this article, how do we measure success? Does getting fired equate to being unsuccessful? What does success even look like?

So I decided to do some research, success is ambiguous, it is not black and white, it is different to everyone, because we are all our own person, what may constitute as successful may be materialistic to one person who values happiness in employment more. With that said, being an advocate for Native American women empowerment, I set out to find Native American women, everyday woman who are making an impact on tribal society, leaving their mark, in hopes that maybe one of the many interviews I conduct will help enlighten whoever chooses to read this article and remind them that success does not necessarily mean being a billionaire and living in Silicon Valley.

1. What intrigued you to start a career in your field:
2. What do you like most about your job? And if you would like to share, the least?
3. What does success mean to you?
4. Are you happy in your field of work? Would you do anything differently?
5. What advice do you have for our readers?
I hope you enjoyed reading my first article as much as I adored writing and interviewing. Hopefully, you were able to take away something worthwhile like I have, and that in some cosmic way, this plants the seed to your own epiphany to your happiness, until the next article my Native Woman Warriors. 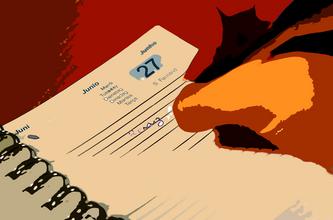