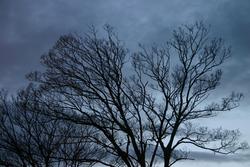 on the Rosebud Reservation in

On June 11th of this year her body was

found in her vehicle, submerged in the

Now there are a lot of unanswered questions about how this came to be with no one ever having reported her missing.

A Tribal Chief of Police that won't talk about her case .

And family also have little to say.

One family member who wished to stay anonymous did tell another publication that she tried to find her with no resources and no help from anyone else in the family including Corrine's mother.

She did learn that Corrine had supposedly given birth to a stillborn child not long before her disappearance, which the Pierre Police Department did manage to confirm.

The saddest part of this whole situation was to me that another Indigenous woman was dead and the non-Indigenous police department with responsibility for the location her body was found in, seemed to care more about her and understanding her story than anyone else.

Another Indigenous woman dead and the mystery of why will remain with some of us forever.

Corinne White Thunder will be remembered as another horror story in a legacy of horrors dealt to Indigenous Women.

Maybe one day we will have a answer as to why no one cared enough to report her missing and why she died.

In the meantime she will be another Indigenous Sister held in our hearts and we will make sure that her story is told.