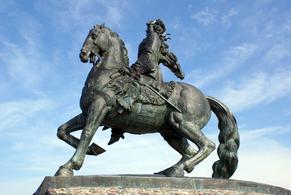 I know, now, that what I was taught of history

in school, from elementary right on through

oftentimes not even actual truth, but a brand

of history that was whitewashed and intended

to shed only a light that favored a perspective

that those in control chose to imbue us with.

I remember learning that countries such as Russia and China were terrible countries because they forced patriotism on their children. That those evil countries indoctrinated their youth with a version of history meant to create a sense of patriotism that would ensure they remain forever loyal and ready to die for their leaders and state. We watched movies that helped to reinforce that notion of other countries and to indoctrinate into us the belief that our very own country was the best of any in the world and how very fortunate we were to experience such utter freedom. And every day we started with our pledge of allegiance (doesn't that speak volumes?) And a song of the utmost patriotic nature (“My Country tis of Thee). Funny how we didn't notice that the movies they showed us of the little children in other countries doing their own pledge was not so unlike us at all. But we bought that version. We were very conditioned and indoctrinated to simply accept the version of history we were taught in school: That the poor European settlers were besieged with threats and violence from the heathen savages, that southern slaveholders were mostly benign and kind and that Lincoln was the most wonderful man because he sought to end slavery, without being told the actual reasons for the civil war. And that is just a small sample.

I grew up through the 60's and became aware of dissenting beliefs and a push to right the wrongs and present actual truths. My conditioning and indoctrination from childhood became challenged. I wanted to know more...and slowly over the years as the 60's movements began to erode the web of lies and deceits upon which this country was based, I did indeed learn more, along with so many others. And slowly the need for reparations was taking hold. I learned of my own family history: my grandfather from Canada whose mother was Cree and father was a French Canadian fur trapper. My grandfather was sent away to catholic school. I know very little of his experience, as he was a gentle, but quiet man and rarely spoke of his youth to us grandkids; but my mother told of how he got out of that school as soon as he was able to. And the truth began to be revealed. in the last few years, of those schools, in both Canada and the US and the horrible conditions the “fortunate” children endured. And the horrific fates of those who did not survive.

Looking at the current movement to silence discussions on race, on the truth about how this country was stolen and how it was founded, the truth about the governments roles in so many terrible things and the attempt of the right to whitewash the truth, it both scares me and angers me. As a teacher, I taught my students the truth. If I was still teaching, would I be one of those teachers being threatened and harassed? Would my job be at risk for simply telling the truth? The right has jumped on a movement to bring back silencing, to continue to whitewash the truth, to condition and indoctrinate a forced (and false) patriotism by telling only a version of truth that serves their purpose. Their effort and movement would control the content of textbooks, of what teachers may or may not teach and how it is taught. They are throwing around the notion of a war on whites from CRT (critical race theory). So what are they attacking? What is CRT?

“But critical race theory is not a single worldview; the people who study it may disagree on some of the finer points. As Professor Crenshaw put it, C.R.T. is more a verb than a noun. 'It is a way of seeing, attending to, accounting for, tracing and analyzing the ways that race is produced,' she said, 'the ways that racial inequality is facilitated, and the ways that our history has created these inequalities that now can be almost effortlessly reproduced unless we attend to the existence of these inequalities.' Professor Matsuda described it as a map for change. 'For me,' she said, 'critical race theory is a method that takes the lived experience of racism seriously, using history and social reality to explain how racism operates in American law and culture, toward the end of eliminating the harmful effects of racism and bringing about a just and healthy world for all.' “

“CRT does not attribute racism to white people as individuals or even to entire groups of people. Simply put, critical race theory states that U.S. social institutions (e.g., the criminal justice system, education system, labor market, housing market, and healthcare system) are laced with racism embedded in laws, regulations, rules, and procedures that lead to differential outcomes by race...many Americans are not able to separate their individual identity as an American from the social institutions that govern us—these people perceive themselves as the system. Consequently, they interpret calling social institutions racist as calling them racist personally. It speaks to how normative racial ideology is to American identity that some people just cannot separate the two. There are also people who may recognize America’s racist past but have bought into the false narrative that the U.S. is now an equitable democracy. They are simply unwilling to remove the blind spot obscuring the fact that America is still not great for everyone.”

What exactly is happening? What is this movement from the right? Why are so many educators around the country so concerned? What is the effort that seeks to silence the truth? And how is it being accomplished?  And how does it impact the ability to teach students and imbue critical thinking skills, diversity, integrity, accountability, responsibility, honesty and truth? And what is our role, our duty, our responsibility as educators?

“As of November 24, 29 states have introduced bills or taken other steps that would restrict teaching critical race theory or limit how teachers can discuss racism and sexism, according to an Education Week analysis. Twelve states have enacted these bans, either through legislation or other avenues. “ (3)

“ ...it is simply impossible to discuss or teach Cherokee history without touching on the “divisive concepts” such as racism and sexism that these states are attempting to stifle...Genocide seems like a reasonably “divisive” topic, so I can only assume I am not allowed to discuss removal and the thousands of Cherokee deaths in the 1830s, or the Indian Health Service’s systematic sterilization of “perhaps 25 percent of Native American women of childbearing age” in the 1970s and 1980s. If I am no longer allowed to confront uncomfortable truths with my students, how will we discuss the Cherokee Training School, a boarding school that once existed on the boundary, or the nearly-forgotten mass grave of the children who were sent there and died in the 1918 flu epidemic? If neither racism or sexism can be discussed, how do we talk about the tragic crisis in our communities of Missing and Murdered Indigenous Women? In order to assure the comfort of white children, must I dishonor the memory of Native children? ”

“Educators have a duty to teach young people uncomfortable truths about the past and present, including the histories, legacies, and current manifestations of systemic oppression...This law would make it impossible to teach Thomas Jefferson’s letter proposing colonization of formerly enslaved people outside the United States or Andrew Jackson’s justification of the Indian Removal Act or Franklin Roosevelt’s “second bill of rights” speech. The penalties for violating these teaching bans range from fines levied against individual teachers and revocation of their teaching licenses, to withholding state funding and rescinding accreditation of school districts, to the threat of lawsuits by parents. “

Why are so many from the right so intent on silencing badly needed discussions abut race? Why the insistence to whitewash the truth of history and how this country was actually founded, including but not limited to: land theft, stolen children, genocide against indigenous people and their traditions and culture, slavery, racism, oppression, inequity, civil rights, women's rights, gender rights, the environment, to name a few? Is it fear, hate, greed,  power and control? Whatever it is, it cannot be allowed to take hold. Truth must not be silenced. Teach Truth.