For several years now we see and hear on

If I had a dollar for every time in the last

five years that I have seen the phrase

Decolonize your mind, I would probably

be almost as wealthy as Elon Musk.
What I fail to understand from so many of those who shout the word DECOLONIZE, is why they seem to be teaching hate, intolerance and racism.

These are all things that we Indigenous learned from the settler or if you prefer the colonizers thought processes and behavior patterns.

We cannot be decolonizing our minds and lifestyles, our culture and our children's future when we continue to embrace and mirror the exact behaviors and mindset that is Colonization

Until we start on the personal and family level and stop practicing colonized also known as assimilated behaviors such as perpetrating the lateral violence against one another.

Especially within our families. And yes I know about Generational Trauma, however there has to come a point where we stop using what was done to us to control how we build our future.

When we encourage one another and teach our children to hate other people based on their skin color and/or  degree or lack  thereof of indigenous blood, We are just further promoting and preserving colonized life ways .Blood Quantum is not what has robbed us as people and Nations.

The corruption and nepotism in the Government and Tribal Councils  of our Nations is what has and continues to rob and destroy our nations. We still allow versions of Colonial style governing to rule our Nations. This is where we need to rise and decolonize. The colonized form of government does not work for the colonizers. And it will never work effectively for us.

It's time to Decolonize by returning our people to our traditional spirituality and ways of governing ourselves.

We can survive in this "modern" society by acclimating however for the majority of the world that has not happened.  What has happened is forced assimilation and it's destroying the world and the people who live on it.

To truly decolonize, we must defeat the global mindset of greed and superiority that has ruled this planet for over a thousand years.

Rome colonized the globe and its pattern of conquest continues today.
No apology will ever be sufficient, the only acceptable apology is to cease and desist the continued assault.

To stop using the religious practices that derived from catechism  as well as the Catholic Church  to consider yourself better that those who don't embrace your views while providing "help" for them with your  superior attitude, when in truth your Religious and Political Ideologies created the very situations that you now "help" them with, while they starve literally and figuratively for freedom.

If you truly feel any responsibility for what has been done to the people of the world in the name of your religions and politics of greed, then stop doing it and start helping rebuild what you and those who came before you with the same belief systems destroyed.

Then we may all decolonize and live the lives our Creator and Ancestors want for us. 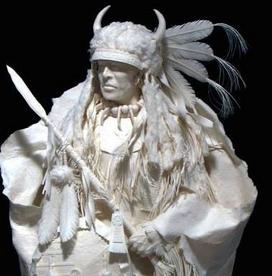