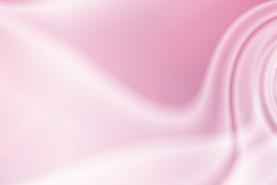 ​Destiny of the Enix - Chapter Two

The reaction of betrayal, gave way for the need of

self-preservation as he fell. And the rogue flailed

about helplessly in the open air.

The girl in the yellow dress responded with a quick spell.

Surrounded by a pink cloud of glitter, the rogue's descent slowed as he made his way through a empty shaft that lead to the lowest level of the tower.

"What trickery is this sorceress!?"

The elf shot an angry look to the young female. But, during his spat, the thin girl's appearance morphed into a diminutive pink lighted sphere, that floated after him.

"I am sorry, Master Thief. Truly, I am." Her voice sounding much more quieter.

He thought, time spent figuring out what the situation will be on the bottom floor would be wiser than expressing his anger, at the moment.

"Raise me from this hole, sprite." He said in a low tone.

"I do not possess enough power." She softly replied.

"Do you speak the truth?" Sensing his options dwindling.

"Yes, Master Thief. My failure to warn you of the Drop-Trap can be explained in time. I will help you in your encounters until then." She said, closing the distance to his elven ear.

There existed another spherical stone inlet to this flooring, except it was translucent and cloudy. And the same 10 foot in diameter.

Staring intently at the milky crystal, the cloaked male could almost see another room beneath.
Peering up and down, the elf, made a connection.

"These line up perfectly." He said, more to himself, as he stepped onto solid footing.
The glow of light-red radiance transformed back into her previous form.

She looked apologetic when she whispered, "It may have been the only way."

The rogue's demeanor remained caustic. Clasping her hands behind her back, the remorseful sprite looked to her feet to avoid his gaze.

Checking his surroundings, he found the area lit by several small torches attached to the walls. They looked burned down quite a bit, and in need of replacement. Whoever provided the flame, hadn't been here in a while, the rogue thought. There would be enough light for now.

Each of the four walls had double wooden doors with rusted, iron bands and hinges. The room was almost as wide as the master's chambers. Although, there was no clutter here or carpet. It had a look of a typical dungeon. Heavy dark gray, stone masonry lined the walls and ground. Noting to himself, the area had not been cleaned for some time, as there was accumulated dirt, grime and cobwebs. The floor did have a brushed effect, where something or someone dragged across it, in many directions. Lastly, his attention went to the east doors, which were slightly ajar.

"Share what you know of this place,.." He tried, until a heavy, echoing, huff cut him short. It sounded distant, and froze the elven male.

"Again, I apologize for the treachery. I would have asked you to fight for me, but even so, you will fight for yourself."

A hollowed grunt sounded closer and the cloaked figure sensed his personal bubble was being compromised. It caused an eruption of anxiety for the two. She stepped back with a look of fear and shook her head in distress, as she shrunk back into a lighted sphere.

"Prepare yourself. It is coming, Master Thief."

The rogue slowly looked to the cracked door, when he spoke to the sprite. "Please young lady, stop calling me a thief."

A loud bellowing roar shook the stoned-walls. Whatever was making all the noise was moving into their direction. The elven boy reached into his stash, under his hooded cloak, and pulled out a few deadly, throwing darts. 6 inch, strong, thin daggers used more as missile weapons, than for cutting. Again, a large animal called out rattling the masonry. The rogue strafed to the north wall in hopes of ambushing whatever it was when it steps beyond the threshold.

And the creature bashed through the doors howling, revealing itself.

The animal was 8 feet tall at the shoulder. Hairless, with thick gray skin. It was shaped like a monstrous bulldog. Hulking head and shoulders and short stout hind legs.

Bracing itself to a stop, the behemoth turned to the shocked elf, exposing it's face.

Jumping back, the young male was revolted at the sight of the creature's facial features.

Eyes of any kind, were not present, but the canine possessed many thick facial folds, slitted nostrils, and a wide gapping maw. Tentacles, a few inches long, lined around the lips of the abomination. Each wriggling individually. They moved quickly, anticipating a meal, the rogue thought in a panic.
The monstrous dog peeled back his lips, and laid bare his k-9 teeth, barking once more, before charging forward.

Instincts drove the elf to dive clear, as the heavy animal crashed headfirst into the wall. Rolling away, sliding, the cloaked elf retaliated with several sharp darts to the ribs of the creature. Not wasting any time when the monster howled, he dashed through the east doors, down a long hallway. On each wall, he passed by three heavily secured iron-doors. At the end, was another set of doors, open, like the ones he just entered before. Despite, the elven boy's speed, the gray-skinned beast was already rumbling down upon him. He had ran the full length of the corridor when he felt the heat of the brutes breath on his neck. It cried out again, vibrating the boy's skull. It couldn't see, and possibly only smell him, he thought quickly. He used the small amount of space to shut the twin doors behind him to create some time to form a plan, as he entered the room. But, it didn't work well enough. The dungeon's guard dog, blasted through the doors, again, this time honing in on the small racer. As before, the quick-footed male lunged aside, except this time, the creature anticipated this maneuver and grabbed ahold of the cloak. With it's large muscles and violent temper, the heavy animal twisted his upper body to the side, launching the light-framed elf across the length of the room, slamming him into the north wall.

The immense crash blanked the rogue out for a second, when he rebounded with a few more darts to the neck of the pursuer. It bawled loudly in pain, and rushed ahead in rage. Instead, this time, the rogue ran along the wall, staying off the ground. The beast stayed in reach as it raced after him. The boy's heart nearly stopped, when the slithering feelers were nipping at his cloak. As they came to the end of the wall, the daft boy leaped over the furious fiend, in an arc. In a flash, he produced several Ragon Stones from a pouch, breaking activation seals with his thumbs and tossed them into the monster's gaped mouth.

Upon landing away from the toothy tormentor, the rogue, shielded himself with his cloak for what was about to transpire. Enraged, the creature jumped forward, tentacles squirming rapidly, when a tremendous explosion blasted open the beast's entire middle section. The violent sound was deafening.

Chunks of flesh, bone and blood splattered the entirety of the chambers. The shockwave toppled the crouching rogue and enveloped him in ripped skin and slimly entrails.

Emerging disoriented and tired, he staggered to the east single door.

Still experiencing shell shock from the incident, he leaned against the solid iron door and collected himself. A winged, 1 inch girl came into focus, close to his face. Making sense of this pink bobbing entity, he finally realized his hearing wasn't working. The small female's mouth was moving, but no sound could be heard. She seemed very concerned as she hovered.

He waved the glow spot away.

Saturating him in her glitter magic, she announced, "You must allow me to sooth your ailments, sir."
He felt his strength return when her magic poured over him. Yet, he did not feel relieved, as he gave the tiny girl a solemn look. As she floated, her stature became one of remorse, when she slumped her shoulders and embraced her own arms.

"I will apologize as much as I can. If it will help, sir." she said.

"You've helped enough." He responded in a tired way.

Covered in disgusting innards, he shook his gloves free of debris and walked passed the pink light.
"Not yet." She countered, and waved another spell that dissipated the gore from his body.

Finally, he said, "Thank you."

It produced a smile from her. And she nodded in a quick jerk.

"Awwww," she whined. "We're so close. I can use this Blue Blink Crystal, to teleport us a short distance away. Outside the tower's walls. It still has a few charges left."

"Getting out isn't a real problem. Staying inside longer is." He said as he looked over the carnage surrounding them.

The sprite gave him a side smirk, sketching out a plan in her tiny brain.

"What I seek, lies beyond this obstacle." She said, as she flew towards the single, secured, east door. "With your skills and my Crystal, it will take mere moments, and we'll be saying our goodbyes."

"What is this item?" He asked.

"The Mirror of Tarantul." She answered.

It was getting worse.

​Look for Chapter 3 in the July issue of Whisper n Thunder.