expectancies at birth for American Indians/Alaska

Natives are lower than for non-Hispanic whites.

issues that may contribute to poor health. These

Following are resources that address environmental health issues of native peoples in the United States:

National Museum of the American Indian, Smithsonian
An interactive Web site that educates middle school and high school teachers and students on how tribes use their traditional culture, values and indigenous knowledge in combination with contemporary science and technologies to tackle environmental issues. The Web site includes videos, quizzes, lesson plans, and a tool for students to document an environmental issue in their own community.

Centers for Disease Control and Prevention
Today, American Indians and Alaska Natives have higher rates of disease, injury, and premature death than other racial and ethnic groups in the United States.

National Library of Medicine and University of Alaska Anchorage

A source for information on diverse aspects of the Arctic environment and the health of northern peoples.  www.epa.gov/tribal

Tox Townhttps://toxtown.nlm.nih.gov/
National Library of Medicine
Tox Town provides consumer-level information on everyday locations and situations where you might be exposed to toxic chemicals. This site will help you better understand risks of exposure, potential health effects, and how to protect yourself. 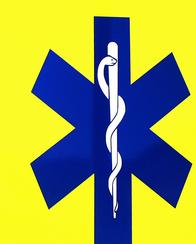