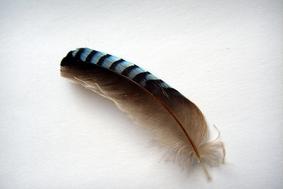 Eyes Looking Down from Above

I first heard about Erardo “Ben” Lujan and his

Director and Shannon Baum, Manager of

Espanola Pathways Shelter, only days after

they had found out that their co-worker,

Ben Lujan had passed away. The disbelief and

shock of his passing was clear as they told me

how much he will be missed, not only as a valuable employee but as a very caring and protective friend to everyone that worked with him and sought services at the Shelter.

I wish I could have met Mr. Lujan. The more I heard about him, the more I felt compelled to write this story. I was very moved by his life story. By all accounts, Mr. Lujan is remembered, as a caring and loyal friend to everyone he worked and lived among. Shannon Baum, Manager of Espanola Pathways Shelter recounts, "I got to know Ben when I started teaching an AA/NA class at "The Rock", he was at the Men's Home at the time, and within eleven months I saw Ben change into a leader, someone people looked up to because he broke the chains of addiction with the help of Jesus Christ, and he helped his fellowship along the way too." Ben's leadership qualities, alike his kindness, and generosity caught the attention of the administrative staff at Pathways Shelter. From an impactful interview with Dena Moscola, Executive Director, she recalls, "He was polite, polished, mature, and professional, with a long list of impressive experiences.” Moreover, Ben Lujan was a former wildfire fighter who had always been proud that he had served in this capacity not only in the greater Espanola community, but throughout the country, from wildfires. Ben Lujan was offered the position of Safety Captain and Security, and it seemed like a natural fit.

Ben was well known for utilizing his skills in mechanics, carpentry, and welding to help his Church, his co-workers, and his friends whenever he was available. Frank, a staff at Pathways recalls, " He was a warm person. He was a hard worker. Anything that needed done, he would do it, even a job everyone else felt nervous about  doing, he volunteered." Leanne remembered the time Ben offered to fix her car on a Saturday afternoon. Through out the roundtable sharing, I heard his co-workers describe him as a prankster, a joker with an infectious sense of humor, genuine, considerate, and protective. Brenda summed it up, “He was loyal, not only to his job, but also with relationships he would encounter. He would go out of his way to do little things, but they were impactful.”

This is not a complete life story of Mr. Erardo “Ben” Lujan. This story is a small snippet of hope, resiliency, and reinvention. Ben Lujan transformed his life through dedicated service to "The Rock" Christian Center Church and the Española Pathways Shelter community. His story reminds me of how important places like Espanola Pathways Shelter are- not just a roof over someone’s head- but it is a place of hope, goodness, and humanity. Ben Lujan found a place here; a home, and friends here, largely, because, he fit right in. He was and still is, a reflection of the altruistic and humanitarian ideals that we strive for in making the world a better place.

Ben was a spiritual and loving man, who was open about his struggle with alcoholism and his journey through homelessness, and he will be remembered as an "honest - true soldier" to the community. For those of us that have struggled with the disease of addiction, Ben’s story of
recovery, reminds us that it is attainable, and from that, beautiful things happen. The genuine love and respect from his friends and coworkers, remind us that the stigma that those of us in recovery have had to live with, can also be seen as badges of honor. These battle scars are beacons of light to others struggling to create a different life.

Mr. Lujan is survived by his children and grandbabies of whom, he cherished with all of his being. It is tragic to lose an inspiration and a leader within our community but to the Lujan family it is unimaginable and my heart and deepest condolences go to out to them.

The Española Pathways Shelter is now open, and the sentiment shared among the staff was summed up by Maurissa,"We know he is looking down on us from heaven, laughing. We know he is still with us."