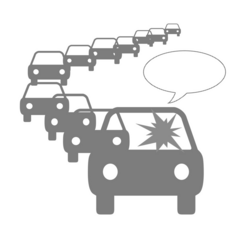 Hate is as old as we’ve been around. And we

Some quiet, some loud. Some swift,

of a master swordsman. And sometimes

drawn out throughout eternities in the daily

interactions of unconsciousness humans lost in ego driven pursuits. The deadfall is found in the homeless shelters, addiction, suicide rates, incarceration and high rates of recidivism, and… and… feel free to let your thoughts continue with the collage representing the point. And sometimes, we are the perpetrators, maintaining this thick sludge of (insert your thought).

I recently experienced road rage. It was the first time in my driving career- and I’ve been at this for centuries. Well, what seems like centuries.

After a misunderstanding on the street, the fella (road rager) tracked me to the parking lot I was turning into. I saw him coming and informed my three grandchildren who were riding with me. When I parked in a stall, he pulled up directly behind me in his white van. I instructed my nosimak-grandchildren- to remain quiet and ignore him. As we slowly made our way out of the vehicle he spit out a stream of curses. His anger and hate spewed from his mouth like a volcano while he sat behind his wheel. Thankfully he didn’t jump out at me. Lord knows where it all would have gone if he did. My nosimak followed my instruction and were quiet. So was I. I instinctively knew that he was seeking to provoke me and dive into his mud pile. I soon realized he was not stopping anytime soon so I told my granddaughter let’s record his license plate. When we pulled out our phones, his demons drove him away like a bat out of hell literally squealing out of the parking lot.

I was in the middle of the sundance ceremony. I was a part of the public, supporting through song and prayer. And later that day while sitting in the circle-the larger circle of prayer-I reflected on the incident. And questioned why did this happen to me? And why now while I’m attending a powerful ceremony? And the door flew open and I understood in this way. He was sent to me to hold prayer for him. So I did. I prayed from my heart that whatever was disturbing his life would leave him. That he would receive healing that would draw him away from this ugliness that has consumed him. For his spirit to be free from the pains, the struggles, the violences he carried. And walk a path that is true to his light, his freedom, his joy, his creative spirit. Set him free.

As I ended my prayer I knew it was being answered. It is the way of the spirit. We ask, and we receive. It felt good and right. The incident could have easily traumatized me, if I let it. But lately, in my life’s experiences, I’ve learned to become more adept with seeking the light for responding to situations and think and act accordingly. And keep on keeping on. I want to be able to reflect upon my life and see sparkles and shine in my path and know that it’s in my day to day life this will be achieved.

As I hang up my pen, I send a prayer to you that you will do the same.