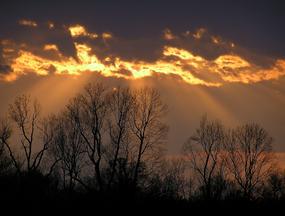 What is your first thought when you think

about the environment? I asked this question

recently in a group conversation with friends

and associates of mixed ethnicity and ages.

The responses were as scattered as leaves

blowing in a gusty wind.

As I expected, several spoke up about the pipeline and saving our water. Another mentioned recycling. One mentioned fines against corporations who continue to fill the skies with toxic gasses and smoke, and those who dump into landfills or water sources poisoning and threatening the surrounding flora and fauna and another spoke about the horrendous amounts of plastics littering the world’s oceans.

In the social setting, the conversation expanded to include upcoming sales all of the new and ‘improved’ items on the market. Redirecting the topic away from retail glut, fingers continued to point more to corporations and big business, where the crux of the matter lies. Neatly packaged ideas of marketing and consumerism became the kool-aid and along with it came the blinders attached to the sunglasses masking
the madness of mass consumption in a throwaway society.

As simplistic as it may seem, it is time for all of us to consider our individual impact and responsibility to our environment. We have a choice and it is a choice we have to make.

My mother walked on in early September and for the past three months, I have been at our family home daily, sorting through seventy some odd years of my parents personal and professional lives. A daunting task to say the least; it also lent insight into the personal impact made by my parents and grandparents and the wide gap of socioeconomics and responsibility from their generations to ours.

During World War II, everyone was encouraged to do their part for the war effort, like saving scrap metal and rubber, planting victory gardens for food, and the use of ration tickets for gasoline and items like sugar, meats, cooking oil, canned goods and later on, soaps. The war effort at home was an incentive in recycling and making do with what you had. It was a cause that young and old participated in willingly.

Post WWII shifted socioeconomics and as a result, more and more people moved into the ‘modern’ mindset of single use and throwaways, in opposition of rationing and recycling. By the mid 50’s, marketing pushed the concepts of convenience and ease for the consumer, yet lent little to nothing in regards to preservation of our environment. As a result, litter began piling up along the roadways, in parks, in the water, in any conceivable place because of carelessness of a throwaway society.

Unfortunately, the grasp of urgency in protecting our environment is not perceived as critical by many people, due to the influence of clever marketing ploys. We are at an impasse at this point with recycling, considering most of the recyclables are piling up because there is virtually no one willing to take any of it.

The entire system of recycling needs to be revamped with standardized labeling and actual incentives to recycle. Society as a whole needs to get past the ideas of shiny labels and quick throwaways.

In 1953, Vermont passed the first bottle bill, allowing for consumers to redeem their small deposits upon return of the bottles. This included soda bottles as well as some alcohol bottles. To date, only ten states; California, Connecticut, Hawaii, Iowa, Maine, Massachusetts, Michigan, New York, Oregon and Vermont and the U.S. territory of Guam have bills in place for the redemption of cash for bottles returned.

Delaware’s bottle bill was repealed and replaced in 2010 with a temporary tax.

Do you recall the anti –litter campaign Keep America Beautiful? I’m sure you would be surprised to know the campaign, created by bottling and packaging companies and Philip Morris was a strategy to shift the focus to the public and away from the companies like Coca Cola who did not want shoulder the expense.

The public became “litter bugs” and later “pigs”. According to The Intercept, Coke makes 117 billion plastic bottles a year and in a 2018 global plastic cleanup, it was responsible for more waste than any other company. The bottom line is this; plastic is cheap and these companies don’t want to stop using it, nor do they want to do anything to solve the waste issue beyond blaming consumers.

Obviously, this is a negative impact on our environment worldwide. It’s important to understand that a lot of recyclable items are ending up in landfills, not because people aren’t recycling, but because there are not enough viable options for recyclables and other countries like China are no longer buying the materials. Labeling created more confusion for many consumers, both on bins and products. However, check out this campaign for standardized labels for recycling bins across the United States.

Real impact means finding real solutions. WE can make the choice to not buy plastics, we can push for bottle bills, and we can push for these multiple million dollar corporations to be financially and ethically responsible and stop trying to shift the blame. We can choose to buy and use natural products like hemp, use glass instead of plastics, take our reusable totes to the grocery stores and forego the one-use plastic bags. We can shop farmers markets and stores that include bulk foods and supplies to cut down on retail packaging. Check here for a listing of stores in your state.

Make a choice to get involved in your local area to assist with clean-up. You can volunteer and help clean up rivers, creeks in your area. Check https://www.americanrivers.org/make-an-impact/national-river-cleanup/or

for shoreline cleanups if you are near a coastline. Volunteers are always needed for cleanups in local and state parks, as well as many national parks.

Lead by example. Share what you know, show others what can be done. If you choose to join in peaceful protests to protect our natural resources, do so with honor and integrity. Our Ancestors wasted nothing, everything that could be used was used. Walk in their path. Our environment, our natural resources are not disposable. We are not disposable. Make your impact on the environment a positive one, and own
responsibility for your actions.