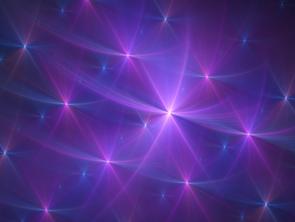 I had a dream that was impossible. I choked

and cried myself awake. Shaking & shivering

in my tears. I had gone to an outdoor Native

People's Festival, where both my grandmother's

great grandmothers as well as my grandfather's

Their clothing was simple, nothing like the fantastical regalia I see now. The singers sang low but so powerfully. The singers were beating the drums.

Tears fell from my eyes as I watched how  their steps were light, barely touching the ground.

In the dream somehow I ended up in a gym. Hard core power lifting. Worked my glutes and legs as well. In the showers the scene here turned to one of the shelters I was in more than once.

The woman I partnered with for 19 years was there, also there was her daughter and granddaughter; but also several women I knew that had died of cancer; exposure to the elements or violence were also there.

Why is this horrible dream happening? Am I soon to join them all on the other side of the curtain?

I was pretty muscular but very curvy and dressed in revealing low cut off the shoulders top, jeans that I had cut to be pedal pushers. My ever present earrings and ankle bracelets were there with my favorite perfume.

I was dressed and began my trek to the metro station, only to run into insane issues. I was told in order to get on the train, I had to purchase something. I don't know what I purchased, only that the whole thing was nuts.

At a table sat both a woman and man I had a relationship with at the same time. Both had been dead for a long time. Why was I seeing these people? I waved at them thinking how weird this was because they were at one another's throats all the time. They each knew about the other, I was very honest.

I left that area; little did I know this day would become far stranger.

The metro station I needed to use was 10 blocks away. I loved walking, so heat and humidity did not affect me. For some reason, I ended up in another, busier restaurant.
At the table sat my mother, my aunt, my brother. Why is this happening? They are all gone.

I miss my mother so much that I touched her face and began to cry. My brother began to cry because he missed me. My aunt Janie asked where I had been for so many years.

My mind told me to get up and away from this restaurant. I told everyone I needed to go. I ended up in an apartment with lots of sheets and curtains covering furniture. Out of a very steamy kitchen steps my father.

Dad, how is it I am seeing you?

I ran to his arms crying. What was this dream? I told him that I saw my great grand parents, my mother, my brother and my aunt.

He said "you had to learn from this dream".

Then he too was gone and I woke up in tears.