Two years ago, I cleaned out the family home; packing

up the last belongings of my late parents. Specific

long enough to forget the contents or why I packed them.

The contents of the disemboweled cardboard beasts

expanded, to the point of reproducing. Staring into the

lives of people I did not know, the same people who created me; the complexity of my thoughts and emotions rode deep into the storm, leaving me breathless and wondering.

Intertwined and mingling among the mementos, a plethora of knives, stones of all sizes, many with natural holes, Liberty passes, old train tickets, matchbooks, and menus from the 1940’s, Western Union telegrams, rings and bits and pieces of a past. One storage tub holds letters and cards, many dated before 1900, to the exchanges during World War II, when my dad was in the Pacific on PC817, a submarine chaser. Other vast containers hold photographs and documents, generational glimpses, a few too fragile to touch with bare hands.

The old photographs lend only a moment in time. The youthful faces speak to a deeper mystery, of yearning, hope, and even shadows. Studying the photographs of our past, the same duality of hope, and strength buffers the despair, unless you are willing to see the truth. The dichotomy in the moment is staggering.

We continue to fight against racism, abuse, our right to vote, to drink clean water, untouched by the pipelines; our sovereignty, to build a stronger future for ourselves and those yet to come. I wonder about those youthful faces, their thoughts, and dreams so many years ago, if they dared to dream in that moment of a time of beauty.

A recent occasional feature in my small town, unfortunately represents the reason we speak out, why we fight, why we protest. One beat up truck, surrounded by signs, proclaiming the worst, with zealous glee, a man’s thoughts about the “lies” of global warming, clean water, corruption, a woman’s rights, proudly advocating his distain for anyone of color, giving everyone a glimpse into his distorted reality. One website, once dedicated to local news and interests, now spouts rhetoric, and hate towards anyone and anything that shies away from the poster’s agendas of pandering passive aggressive racial and cultural comments, and rantings regarding new local businesses. In the moment, my soul screamed.

I look back through the photographs and mementoes, searching for signs. Did they recognize the slow surge of the maelstrom building below the surface, waiting for the moment to pierce the mindset of the toxic individuals devoted to racist, misogynistic, violent, and vile behaviors? When did it become appropriate for a parent to escort a minor child across state lines to a protest with automatic weapon? Never. A child with grandiose ideas, fueled by hate and racism, who killed two people and wounded another. A child who walked away with a non-guilty verdict, celebrated by a former president and his lackeys, who lathered ideas building up to the sixth of January, another fateful day in history.

In the moment, and all that came with it, we cried.

I look now in my own eyes, seeing the possibilities of change. Change that will only come about if we are united against the atrocities of racism, indoctrination, murder, abuse, discrimination, hatred, and indifference. We cannot look the other way or ignore the toxicity.

In 1999, Elie Wiesel, a survivor of the Buchenwald Concentration Camp in Germany during the Holocaust; delivered a speech at the request President Clinton, for White House Millennium Council. Titled The Perils of Indifference, among his key points were these remarks:

“What is indifference? Etymologically, the word means "no difference." A strange and unnatural state in which the lines blur between light and darkness, dusk and dawn, crime and punishment, cruelty and compassion, good and evil. What are its courses and inescapable consequences? Is it a philosophy? Is there a philosophy of indifference conceivable? Can one possibly view indifference as a virtue? Is it necessary at times to practice it simply to keep one's sanity, live normally, enjoy a fine meal and a glass of wine, as the world around us experiences harrowing upheavals?

Of course, indifference can be tempting -- more than that, seductive. It is so much easier to look away from victims. It is so much easier to avoid such rude interruptions to our work, our dreams, our hopes. It is, after all, awkward, troublesome, to be involved in another person's pain and despair. Yet, for the person who is indifferent, his or her neighbor are of no consequence. And, therefore, their lives are meaningless. Their hidden or even visible anguish is of no interest. Indifference reduces the Other to an abstraction.”

In the moment, this moment, and all those moments before us, let us not be indifferent, or complacent. 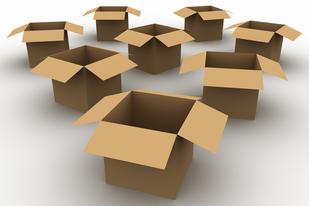