T he Hollywood Indian Stereotype of the

proud, noble savage, in my opinion has

by causing people to not see us clearly.

So many do not seem to realize we have

the same feelings as everyone else, we

sweat, bleed and hurt,Just like the rest of humanity.

However, 500 years of colonialism, murder, rape, kidnapping, lack of medical care, lack of justice,  poisoned land, poisoned water and indifference does effect how we indigenous see ourselves.

Lateral violence, suicide, domestic violence & MMIW create a situation where many have learned to hate.To hate people because of their skin color or religious beliefs. So yes Indigenous Racism exists.

I believe it is one of the primary healings we as Indigenous People need.

We need to embrace the vision of ourselves from the viewpoint of our own cultures & traditions and not judge ourselves by the measuring stick of others .

All people need to learn to focus their dislike on the political ideologies based on greed, that destroys the freedom and health of the planet as a whole.
Instead, we have our children hearing every rude thing we say or do to other indigenous and seem surprised when they see themselves and indigenous people in general in a negative way. So many people seem to have forgotten or never were taught, that words have power. That things can be spoken into existence. Believe it! Feelings are one of the most powerful things that can be spoken into existence! It doesn't matter the blood quantum.The child reacts to the negative input. Hate and intolerance are learned reactions and behaviors. We need to take custody, not just of our languages but of our words in all languages. It's time to break another 500 year cycle and start again teaching life and love in replacement of hate and fear for all people.

Our people need to be healthy and strong, with firm belief in the possibility of a positive outcome for all life on the planet. We need to remember again that all of life is sacred.

For we Indigenous, it is imperative that for the World and our Next Generations we keep love for humanity in the equation while keeping the goal of a better healthier planet firmly in sight. 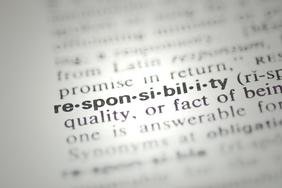