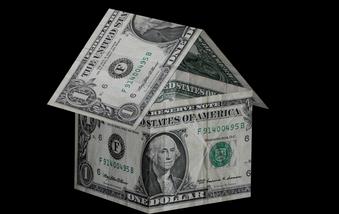 Inflation and Its Impact on Native Americans

Faced with the nation’s worst inflation in four

decades, no other racial or ethnic group in the

country is feeling as much financial strain right

now as Native Americans. According to a

Johnson Foundation and the Harvard T.H.

69% of Native Americans say inflation is causing them to have trouble making ends meet. Higher food and gas prices compound an already precarious situation but add to that, the cost of living has increased while the availability of jobs and resources has decreased.

Indeed, the data from the poll underscores that racial and ethnic minorities are having a tough time compared to their white counterparts in some key spheres of American life, particularly with finances, affordable housing, neighborhood safety, education and health care. Dr. Robert Blendon, Director of the Harvard T.H. Chan School of Public Health, noted “We've been looking at disparities for many years, but the acute needs caught us a bit off guard," he says. "In this period when we're all suffering from inflation, people are at high risk for either being homeless or actually not being able to feed their families."

People are telling us from their own experiences that a really wide share are just barely making it," says Mary Findling, assistant director of the Harvard Opinion Research Program at Harvard T.H. Chan School of Public Health. She goes on to say, "When you think about where we are compared to the beginning of the pandemic, so many people are not better — they're actually even worse off than we were 2 1/2 years ago," says Findling. Indeed, the poll makes it clear of the struggle to keep up while navigating the increasingly tenuous economic situation and the aftershocks of the social upheaval brought on by the COVID-19 pandemic.

According to the US Census Bureau, over 70 percent of Native Americans live in urban cities away from Tribal lands. For example, Los Angeles County in the State of California is home to the largest population of American Indians and Alaska Natives in the United States. The Los Angeles County Board of Supervisors recently approved a plan to assess the needs of homeless Native Americans. “A dark history of racism, genocide, and systemic discrimination make American Indians more likely to experience poverty and homelessness, said Supervisor Janice Hahn, who co-authored the approved motion with Supervisor Hilda Solis.

“Homelessness among American Indians and Alaska Natives in L.A. County has its roots in centuries of discrimination. Today, L.A. County will initiate systemic changes to right this wrong,” Solis said. “In order to accomplish this, we must recognize Native Americans and Alaska Natives often do not trust government agencies due to years of marginalization and mistreatment.”

In addition, a history of systemic racism and genocide mean that this population endures disproportionate symptoms of intergenerational trauma such as mental health issues, chronic disease, substance use, and economic hardship that put individuals at greater risk for homelessness, Hahn said. However, relevant statistics have proven hard to track because the number of homeless individuals in that community has risen dramatically.

Pat Lopez, a member of the Los Angeles City/County Native American said “This population experienced a 68% increase in homelessness last year. Economic relief thus far has not translated to Indian country. It is still in dire economic straits. Native Americans come to LA County seeking jobs and services, as well as a native community organized around traditional ceremonies and prayer circles. They become homeless in the process, being far from home, leaving them to go uncounted for unaided by government programs.”

Clearly, Inflation has hit Native Americans hard. However, things are turning around for the better and there is light at the end of the tunnel. There are solutions to be had and it’s happening around the country.

As another example, Native American Connections (NAC) is an organization in the Phoenix, Arizona area which began in 1972 to help folks get the help they need and improve their lives through Native American culturally appropriate services. Housing is the foundation of NAC and now offers 850 units of affordable housing, with new communities in development. They also offer Permanent Support Housing (PSH) which meet the needs of very low income and chronically homeless individuals who are in need of additional support and resources, as well as Transitional and Emergency Youth Housing for ages 18-24. Their website is www.nativeconnections.org.

NAC is now a part of an even larger network of support available called Urban Indian Organization, located in 41 locations nationwide. The current Biden administration is ensuring that the Administration supports and is giving a voice to the urban Indian population. The Administration has included Urban Indian Organizations in Tribal listening sessions on topics and issues such as health care, education, funding, housing, maternal care and voting rights. UIO's were created in 1972 by Congress to fulfill the federal government's healthcare-related trust responsibility for Indians who live off the reservations and are managed by an Executive Director and a Board of Directors. All of them provide essential outreach and therefore are a culturally relevant lifeline to their local urban Indian community. While there is not an UIO in every town across the country, an immediate solution for our homeless would be to contact their local UIO about any housing opportunities available and to get connected with someone for the help they need, if not housing, then in other ways. Here is the link to the 41 cities nationwide who are members of UIO. UIO Directory - NCUIH UIO Directory - NCUIH

Finally, the Inflation Reduction Act, which was recently passed by the Senate, has included $272.5M for our Tribal communities. It is a start to changing the trajectory to decrease the burdens of our most vulnerable.