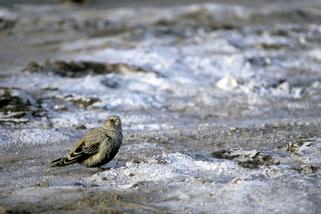 Is It Climate Change?
~ Maureen Brucker

I have been in Colorado, living on the 'front range'

since 1967. I am familiar with the ebb and flow

of the winter and summer storm tracks generated

originally in the Pacific Ocean by the El Nino and

La Nina tidal currents. It is part and parcel of

living in an area with an unpredictable joining of

Unlike many children, even those raised further north out on the plains, my children grew up knowing that Halloween costumes needed to be planned for the very real possibility of snow and cold weather. Pre-Trick or Treat meals always included a hearty soup or chili because the weather would be cold and/or cold rain or snow was more often than not a reality. These were simply the weather patterns in the area.

All this was overlayed by the cycling of Pacific currents pumping warm air to the north or the south of the Rocky Mountains in their apparently never ending rhythm. Some cycles have been noteworthy such as the extended dry spells that preceded the Christmas Eve Blizzard of 1981 or the one that stopped the December Bronco game the following year. While the preceding dry spells were longer than usual and the eventual precipitation was at the outer limits of expectation, there were records from the previous century that provided precedent.

An early snow is typically followed by a 4-5 week dry spell. The later the first snow, the heavier it will be. Look for that first snow after the first of October and certainly by Halloween at the latest.

Thus are the typical cycles of the Colorado Front Range from Denver north to Fort Collins and beyond.

The weather patterns are sufficiently unique in the area, that the National Center for Atmospheric Research has major permanent installations on a mesa in south Boulder as well as a more ordinary station in Fort Collins on the plains about 50 miles north of the original Boulder installation.

I presently live in Greeley and have been here since 1998. Historically, this area has been unique for precipitation in general, snow fall in particular. It is truly high plains desert with very low rain or snow fall and continental temperatures. When first settled through the efforts of Horace Greeley, the euphemism 'dry land farming' was used to sell this less desirable land. Eventually irrigation systems were designed and built but this is definitely not an area with even normal precipitation. That said, we have had 7 measurable snow storms since the first week in October this year. On November 25 to the 26th, we received almost 9 inches. This was a record for this early in the season. We have already gotten more than the monthly average according to the weather atlas website. September and October were also record breakers in both size and frequency.

What does all this mean for our elders and those we hold dear? More snow means a higher propane usage. It also means that deliveries are more difficult. Orders need to be arranged for not just sunny days but when the roads are plowed as well. Contributions need to be at the vendor awaiting our delivery orders rather tan last minute calls before a storm. Then it is too late for everyone.
How can you help?

As football season winds down and we enter into the playoff games, a wonderful opportunity is available to collect money for the EREZ fund. As you host your friends and relatives for the games of the week think about those who are suffering not just to put food on the table but to stay warm this winter. Consider having a can out on the table that would allow you to collect contributions for the fund. Remind people that they're all tax deductible donations because Whispering Thunder is a 501 c 3 organization. More importantly, them of the winds and the cold and the donations that often make a difference between Elders making it through the winter and not.

If you haven't done it before you might want to set up giving through work with a certain amount coming out of your paycheck every month. In some cases organizations will provide matching funds up to a certain amount for such giving. This is a wonderful way to remember your elders and to help them through the winter and the seasons beyond.
You might consider at one of your gatherings, making time for an old fashioned white elephant sale where people would bring things neither wanted nor needed wrap some up with nothing identifying them and then people would bid on that with the money going to the EREZ fund and the winner taking the particular prize home.

You might even want to get some of those lollipop molds and make chocolate lollipops and sell them for Valentine's Day with the proceeds going to the fund.

Any giving is greatly appreciated and keeping the elders warm and safe over the winter is of paramount importance.

The link to donate today ~ and thank you! You will save lives.