The serious problem with so many missing

is ongoing. In the WnT issue that was devoted

to this problem one of the cases I outlined in

my article was the murder of Sophie Sergie,

a 20 year old Yupik woman who was sexually

assaulted and murdered in a dorm at the

University of Alaska, Fairbanks in 1993. She

had been shot in the head with a .22-caliber gun, stabbed in the cheek and eye, struck with a blunt instrument, choked with a ligature, and shocked with a stun gun. Sophie was taking a semester off from her full scholarship to work to earn money for some major dental work and was visiting friends at the dorm. The murder happened in the tub room section of a bathroom of the dorm late at night and her body wasn't discovered until the following morning.

This case ended up being a cold case because there weren't any eye witnesses and there were no leads that were solid. In 2019 the case was revived. DNA samples from the sexual assault had been saved at the time of the initial investigation. In the years after the murder DNA technology became increasingly sophisticated. In 2019, after investigators ran the saved DNA sample through a data base they found a close match in a woman who lived in Maine and had submitted her DNA to one of the ancestry sites. The saved DNA turned out to be an identical match for her nephew Steven Downs, who was a student at UAF at the time of the murder. So the case was reopened, and the original witnesses (no eye witnesses) that had been interviewed were interviewed again. Downs was found and arrested. The trial was held in 2022 and he was found guilty of murder and sexual assault and sentenced to 75 years in prison.

Downs is now 48 years old. He filed an appeal in October of 2022. His attorneys refused to continue to represent him. His appeal is based on the use of “third party DNA” (tracing him through his aunt's DNA) and other technicalities. As of this writing he was seeking a public defender to help with his appeal.

This case is significant in many ways. But it has highlighted the need to keep paying attention to cold cases. So often investigations are halted because it feels like the investigators have reached the end of their evidence trail with no success. Time and resources are then allocted elsewhere. But the need to revisit them is evidenced in cases like this one.

Alaska law enforcement has now appointed its first investigator who is focused specifically on missing and murdered Indigenous people. She is a retired trooper who returned to duty for this purpose alone because it is so important to her. Anne Sears is the first Native Alaskan woman to have served as an Alaskan State Trooper. She retired after 22 years of service. Her new position now is to focus entirely on cases of missing and murdered Indegenous people, including cold cases and current ones. She has a whole team which has already been in place to help her with her efforts. Her job will be to coordinate efforts of cold case investigators, rural troopers, and others and to shine a new light on those efforts. She has many contacts statewide and can be a central coordinator to help piece together information she receives from individuals all over the state. Her ultimate goal is to bring closure to all the families affected by the additional trauma of not knowing what happened to their loved ones.

It's heartening to see this kind of effort being put into a long existing problem. It illustrates the importance of saving any and all evidence in hopes that advancing technology will help resurrect the potential for solving these heartbreaking cases. 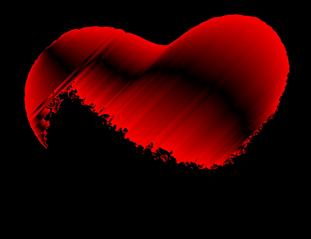