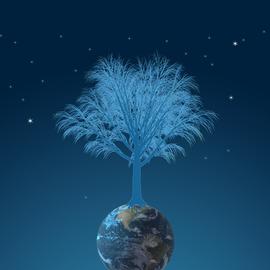 Native Wisdom and the Future of Our Planet

In 1978 an award winning film was released.

It had such a remarkable impact that it

continues to be readily available to the public

for purchase and in libraries all over the country.

The title is More Than Bows and Arrows. The

film was narrated by Scott Momaday, who

won the Pulitzer Prize for fiction in 1969 for

his novel House Made of Dawn, which is

considered to be the first major work of the Native American Renaissance (a term used to describe a dramatic blossoming of Native American literary works). Scott Momaday is Kiowa and Cherokee.

The film was produced by the Seattle, Washington Cinema Association, Inc. and the 13th Regional Corporation of Alaska Natives. The 13th Regional Corporation represents Native Alaskans who no longer live within the state of Alaska, and it focuses heavily on education of all kinds. Many of you have probably viewed this film. It was very well done and focuses on pointing out, at a time when Native Americans were voicing serious concern about losing their cultural heritage, how much of that heritage has been assimilated into the mainstream culture of our country. Names of streets, rivers, cities, and more are Native American names. The first apartment complex was made by the Anasazi in the Southwest. Inventions such as sun glasses, showshoes are now common in our culture and were contributed by Native Americans. Contributions such as canal building for irrigation, earthen mounds, astrological observatories, and so much more, are all covered in this journey through time. One of the most significant contributions that was threaded throughout the film, at a time when our modern mainstream culture was beginning to be aware of the impact we have on our environment, was the relationship of Native cultures both in North and South America to the land they live on and to the Earth. Scott Momaday commented at the end of the film that this may, indeed, be the most needed contribution in today's world.

We now know that we are in a crisis, not only in our country, but the entire Earth is in crisis due to accelerated climate change. We also know that our extreme indulgences in making life faster and more convenient have had and continue to have an extremely large impact on speeding this process to the point of immediate crisis. If we don't take dramatic and global action immediately it may be too late to save our planet as we know it. Already millions of species of animals have perished, and more will follow. The whole web of creation is being affected in ways that will never be the same again. If ever there was a time to take a deep breath and to come together to do everything possible to change our priorities in such a way that our grandchildren and their grandchildren can still have a planet that will sustain them it is now. We all need to open our hearts and minds to Aboriginal Wisdom and put the relationship we have with the Earth and all the life it supports as our number one priority. Without our Mother Earth, we cannot survive.

This brings me to the “action point” of this writing. Many individuals are doing all they can personally to make a difference. I recently saw an article about a couple who spent the last 20-25 years planting millions of trees in an area that had been decimated by mines. It is now a lush forest, supporting an abundance of life. Some countries are doing this as a country wide project. All of this helps.

Our country is the largest consumer on Earth. We are also the second largest polluter in the world, in terms of CO2 production. We have the technology to remove fossil fuels from our energy use, and to do so many other major things that would reduce the damage we do to our Earth and our lives, as well as set a role model for other major polluting countries. But instead, we have continually chosen profit over the future of our children and our planet. Public lands are being sold off for profit made by polluting fossil fuel companies We can never undo the damage that is being done. Rivers are being poisoned with toxic waste. Oceans are being flooded with plastic that even shows up in sea salt and is killing marine animals.

We say we can't make a difference. We say that we are only one individual. We forget that massive movements are created by thousands (if not millions) of “one individuals”. In my rather long lifetime, I have never seen an election in our country as crucial as the one coming up this November. This isn't about parties or politics. We need to listen to the wisdom of the Ancients. This is about the survival of our country and the survival of our planet. Some of you vote in every election. It is our right and our duty if we are to keep this Republic. Some feel they can't make a difference, so don't exercise that right and duty. I believe if ever there was a time when everyone's vote is needed, this is it. We must stand up for our planet and for the life it supports, and for the future of our descendants. All of us need to make sure that we are properly registered to vote and to find out how and where to vote, and when voting begins we need to exercise our right and duty to vote for people and for propositions that support the strongest actions and protections for our Earth. This is how we make our voices heard. If we are united in making climate change and protecting our lands and waters and air our number one priority, and we all vote only for candidates we know will make this the number one priority, we have a chance to slow down what is happening and start the healing. If we fail to unite in this effort, those who are in power, those who are so short sighted that they only see the ledger sheets for their profits and continue to pillage and plunder will have their way. They will see that we are asleep at the wheel and they will drive us off the cliff of no return.

We need to reevaluate our values and priorities and understand the deep relationship and symbiosis we have with our Earth. Mother Earth supports us and gives us life. But if we don't, in return, respect and protect her she will cease to give us what we need to live because she will be struggling to keep herself from destruction even more than she is now. This is the time for us to rise up and say we've had enough. This is the time to demand the changes needed in the way we see things, the way we live, and our attitudes about the present and future. We can do this...but we must all do it together. And we have to make our votes count in order to have the power of this whole country working for positive change.