I am awake. Awake and aware. The voices of the Old Ones,

the Ancestors, and significant people in my life from

childhood to this day, ensured this fact. That is not to

say there are not conflicts with others, including some

family members; all due to the fact they want to stay

mired in the darkness, embracing an agenda impossible

for anyone to ignore.

The definition of the adjective ‘woke’ in my opinion is not difficult, nor should it be conceived as something detrimental to anyone. To be aware of and actively attentive to the important facts and issues, with a focus on the issues of racial and social justice is what we all should embrace.

Unfortunately, racial, and social injustice continue to prevail, bolstered by the former president’s ‘ideology’ and connections to white supremacists, including the so-called proud boys. Recently, I was horrified to read there were groups of the encouraging others to act in the same manner as the assailant in Uvalde. It is so sinister; I can’t understand any of it.
It is significant to include a few facts regarding politicians and the NRA, considering a majority of the same are focused more on their manly need to boost their ego, control people and bear arms instead of the preventing the loss of innocent lives.

According to Opensecrets.org, “the NRA spent a record $54.4 million on 2016 federal elections, with most of that spending routed through the NRA’s flagship lobbying arm, a 501(c)(4) “dark money” group that does not disclose its donors. Nearly all of the NRA’s 2016 spending went to boosting Trump’s presidential election."

I was born and raised in Texas, a state currently governed by some of the most contemptuous, greed driven politicos who continue to rake in the money from various gun rights groups, including the NRA.  Texas representatives in the 117th Congress took more money from gun rights groups than lawmakers in any other state,” a new OpenSecrets analysis found.

“Senators and House members representing Texas have received more than $14 million in contributions from gun rights interests over the course of their careers, with much of that coming from the National Rifle Association.” (opensecrets.org)

“Texas Gov. Greg Abbott, a Republican with a long history with the gun rights advocacy organization, Abbot has received more than $20,000 in contributions from gun rights groups with most of that coming from the NRA and the Texas State Rifle Association.” (opensecrets.org)

According to the Congressional Research Service, “a mass shooting is defined as multiple, firearm, homicide incidents, involving 4 or more victims at one or more locations close to one another.”

In 2018, in Santa Fe, Texas, 10 people were killed at Santa Fe High School. In 2019, mass shootings in El Paso and Odessa, Texas resulted in the loss of 30 people. Logically, one would believe the state political machine would step up and actually strengthen the gun laws.

Instead, the governor had this to say:
"Politicians from the federal level to the local level have threatened to take guns from law-abiding citizens -- but we will not let that happen in Texas," Abbott said in a statement on June 17, 2021.”

"Texas will always be the leader in defending the Second Amendment, which is why we built a barrier around gun rights this session."

Among the bills signed by Abbot in 2021 was House Bill 1927, dubbed as "Constitutional Carry" by gun rights advocates. The law made it legal for "law-abiding Texans" to carry handguns without a license or training. The law went into effect on Sept. 1, 2021.
(http.abcnews.go.com/US/Texas-loosened-gun-restrictions-recnt-mass-shootings/story?id=84949217)

House Bill 2622 made Texas a Secondary Amendment Sanctuary State by protecting Texans from new federal gun control regulations. And suffice to say, the individuals who slaughtered innocent men, women and children were not law-abiding citizens.

So, let’s look at the Second Amendment of the U.S. Constitution. A well-regulated Militia, being necessary to the security of a free State, the right of the people to keep and bear Arms, shall not be infringed.

“The District of Columbia v. Heller, case in which the U.S. Supreme Court on June 26, 2008, held (5–4) that the Second Amendment guarantees an individual right to possess firearms independent of service in a state militia and to use firearms for traditionally lawful purposes, including self-defense within the home.”

The key components in this are traditionally lawful purposes, including self-defense within the home, and even then, controversy remains strong in that regard. (https://www.britannica.com/event/District-of-Columbia-v-Heller)

The overall result is a far cry from the original amendment as well as the District of Columbia v. Heller case. In 2021, Greg Abbott signed a series of bills making it legal to carry handguns without any training or license. Under Texas law, anyone 18 or older can buy a firearm, and yes, this includes assault rifles. Buying an AR in the state of Texas is easier than buying a six pack of beer.

We must be united in bringing about stronger laws to protect the innocent. It is not about arming teachers or installing traps in doors that would trigger an onslaught of broken glass or gunshot or implementing a single door entrance and exit to a school; nor is it increasing the number of weapons available. If you consider the locations of past mass shootings, schools, churches, concerts, grocery stores, health care facilities, businesses, or commercial properties rank high on the list. It is abhorrent. Pandering the same thoughts and prayers comments are not going to help stop this violence. Neither is a pat on the hand holding the AR.

Do I trust that Abbott will make any changes to the gun laws? No, I do not. He has a proven track record of sending thoughts and prayers, over actual change. It must stop. It is time to ban the sales of assault rifles nationwide and reverse the constitutional carry, and the Sanctuary State status in Texas, before any more lives are lost. 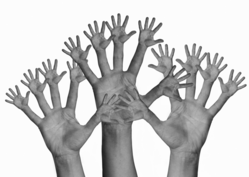