“We will once again walk off the reservation,

freeing ourselves from the bondage of federal

policies and the inaccuracies of the history of

this country.  We will no longer be invisible, for

God the Creator, who is known throughout this

world, has spoken, once again, through all his creations, that healing must begin to save what is left, so that those yet to be born will embrace the true spirit of life.”   -   Wendsler Nosie, Sr.

The last time I visited Oak Flat was Feb. 19th of this year for the annual Apache Stronghold March to Oak Flat, a three-day journey from the Old San Carlos Memorial on the reservation to the Oak Flat Campground, located in the Tonto National Forest near Miami, AZ.   I was honored to march with members of the Poor Peoples’ Campaign, who had been invited to participate in this yearly event.  The March is part of the San Carlos Apache tribe’s ongoing struggle to protect the land from being totally desecrated by Resolution Copper’s plan to resume copper mining operations there.

Oak Flat is stunning. Surrounded by flat-topped mesas and rock towers, it sits in a lush, low-lying hollow.  Stands of Emory oaks provide acorns that are collected and used by both Apache and Yavapai peoples.  Medicinal herbs grow there, too, which provide necessary ingredients for rituals and ceremonies that are held there regularly. Central to the Apache religion, Oak Flat is considered to be a holy land for the people.  Apache Stronghold leader Wendsler Nosie has often referred to it as the “peoples’ Mt. Sinai.”

The San Carlos Apache is just one of several tribal nations in the Southwest that have ancestral ties to the land. Many tribes have resided there over the centuries, hunting, fishing and gathering plants to support their families and communities.  As part of the Tonto National Forest, its natural beauty and ecological diversity has drawn campers, rock climbers, birders and hikers to the area to partake of the variety of recreational opportunities it offers.  It was considered to be such a national treasure that in  1955, President Eisenhower signed into law Public Land Order 1229, declaring Oak Flat to be off limits into perpetuity for mining due to cultural and national value.  Then, in 1971, President Nixon weakened that protection, opening a loophole in the law to allow trading the acreage to private holders who wouldn’t be subject to land use restrictions.  In spite of that, Oak Flat managed to remain under the radar…..until it caught the attention of Resolution Copper, a subsidiary of Rio Tinto and BHPBilliton, two of the biggest metal mining companies in the world.  Senators John McCain and Jeff Flake, both in the thrall of Resolution Copper’s deep pockets, took advantage of the must-pass 2014 National Defense Authorization Act, attaching a rider stating that Oak Flat would be swapped with private land owned by Resolution’s parent companies.   This sneaky “midnight rider” (so-called because it was quietly added barely two days prior to the congressional vote on the NDAA) signaled the beginning of the end for Oak Flat.

It also launched years of protest from environmental organizations, community members worried about the impact of the mine on their water supplies and the San Carlos Apache themselves.  In spite a spate of legal actions, pleas from Representative Raul Grijalva who represents the people of the area, and dozens of presentations by scientists and activists to congressional subcommittees about the cultural and religious importance of the site, Oak Flat is now dangerously close to the chopping block, another victim of a westernized legal system that is built on a rock-hard foundation of colonialist philosophy.

A year ago, in a last-ditch effort to save Oak Flat, Apache Stronghold and its allies filed suit to protect religious access to the site, arguing that the land exchange would violate the Religious Freedom Restoration Act (RFRA).  But on June 24th of this year, the US Ninth Circuit Court of Appeals ruled against the plea, stating that the land exchange could proceed.  In their decision the court maintained that the “Land Exchange does not coerce the Apache to abandon their religion by threatening them with a negative outcome.”  One of the three-person panel who decided the outcome, Judge Marsha Berzon dissented, writing that the “transfer would make the site inaccessible and eventually destroy it, objectively preventing the Apache from holding religious ceremonies there.”

“Destroy” is the operative word here.  Typical underground mining uses tunnels and shafts, which mining companies often fill in after removing the precious metals using waste materials left from excavation.  This method leaves a minimal footprint and the surrounding surface area can often be restored for the purposes of original uses.  Resolution Copper, however, has opted to utilize a newer—and cheaper-- method known as panel- or block-caving where material is channeled downward into a rock funnel and brought to the surface by way of elevators.  It’s an incredibly destructive process which leaves behind huge voids where the land collapses as material is removed. In the case of Oak Flat, it would leave behind a sinkhole 800 feet deep and more than a mile wide.

Apache Stronghold plans to appeal the decision to the Supreme Court.  Whether the current SCOTUS will look favorably upon their argument, which is based on Indigenous religious freedom, is uncertain, especially since in a recent decision (Castro-Huerte, giving states unprecedented power to prosecute crimes on reservations) the Court moved to undermine tribal sovereignty.  Apache Stronghold is also pursuing other avenues, including working with congressional leaders to introduce the Save Oak Flat  Act which is now in the hands of the Senate and the House of Representatives.  This Act would effectively reverse the 2014 land exchange and reinstall protections for the area.  The bill has not had any hearings in the Senate, though, and with election season looming-- and both political parties scrambling for majority status in both houses--the issue of Oak Flat may very well get lost in the cross-fire. 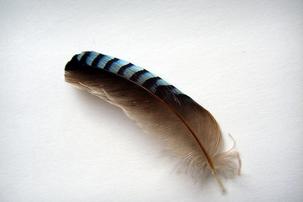