Native Americans are not averse to facing

challenges that threaten their very existence.

Since Europeans landed on this continent, there

has been one challenge after the other that has

From warfare, disease, starvation, and the hardships with adapting to the overarching American culture and system of governance, Native Americans have faced a host of challenges and have endured.  The COVID-19 virus is no different in this regard.  While it is currently impacting several different cities, states, and neighborhoods across the country, some Native American tribes are being heavily impacted at a disproportionate rate.  However, while it is good to reflect on the hardships Native Americans have faced, it is good to find strength and resolve in the overall endurance and tenacity tribes portray in continuing to survive and grow in this current society.  I believe this is the way our ancestors would have wanted us to remember the hardships they went through, and to carry forth in finding our own balance and happiness amidst different challenges.

As Europeans began landing on the shores of Central America, and later the eastern shores of mainland America, huge cities and societies developed by Indigenous peoples began to fall.  While some of this was due to warfare, an even bigger impact was due to disease.  Smallpox, which was introduced from Europe, ravaged throughout Central America, and later mainland America, for centuries.  This decimated a huge portion of the Indigenous population across the continent, rendering them unable to defend themselves against the growing European populations.  While one could argue that Native Americans, and other Indigenous peoples, would have lost their land and resources due to being outnumbered and disadvantaged from superior technological weapons developed by their European counterparts, there is no denying that disease played a significant role in speeding up that loss.  But nonetheless, Native Americans persevered, and a smallpox vaccine developed in the early part of the 20th century, and administered worldwide across generations, all but assured the end of the smallpox epidemic.

Lessened warfare between Native Americans and the U.S. government into the 20th century allowed for the slow adaptation, and arguably forced assimilation, of Native Americans into the larger American society.  However, there were still challenges during this time in the form of diseases, such as the Spanish Flu in 1918.  As a Navajo tribal member, I have heard accounts of people in my tribe dying by the thousands.  In fact, my mother told me that her grandmother purposely moved her family to live in a remote location near the base of a mountain on the Navajo Reservation to avoid close contact with communities, especially as she saw whole families and camps disappear seemingly overnight from the death toll of the virus.  You could say that this was an early form of social distancing to try and protect one’s family from becoming infected.  Nonetheless, the pandemic came to a relative halt in two years and tribes continued developing their own governance and economies.

Other health-related challenges have accrued over time among tribes, many of which have become long-term silent killers.  Heart disease and diabetes due to poor nutrition and dietary habits on reservations have afflicted tribes, as well as alcoholism and cancer in some areas where uranium mining and other poor environmental standards have occurred.  All of these challenges have become more prevalent over time, yet tribes have still found a way to increase their education and standard of living, as well as pass down cultural values than can lead to a happy and sustaining lifestyle.  Tribal governance has also developed to push for tribal sovereignty over resources that were lost in the past.

The COVID-19 pandemic afflicting tribes, such as the Navajo Nation, is a piece in a long line of challenges that have tested the resolve of Native Americans.  This was made evident to me as my Mom, a Navajo tribal member, contracted the coronavirus while serving Native American people at her dental clinic.  She said the illness had a different pattern and feeling than any other sickness that she had before.  And after approximately three weeks of being ill, including three days of being very ill, she recovered and has returned to work to serve her community.  I have never been more proud of her than in the present, and will always remember the mental fortitude and strength she conveys.  And her sickness reminded me that this current pandemic is not that different from past pandemics in that it can afflict tribal communities, yet those communities will still survive and recover to carry forth.

While it is good to look at the truly bad and horrific times that certain challenges placed on our ancestors, and to reflect from time to time.  It is also healthy and good to find the endurance our ancestors displayed in those challenging times to make sure we exist today.  I believe they would want us to find the good that was procured from those times, so that we may find the strength to carve out our own happiness and resolve.  As most parents want for their children, our ancestors most likely wanted us to have a better life than they did, if possible.  And they made sure to survive and persevere to ensure that we had that chance.  Oftentimes, the articles I read about challenges Native Americans face, including those covering COVID-19, are sad and sometimes depressing.  Perhaps this is another challenge we face as Native peoples in that the media will often highlight stories of plight and sadness in Native country.  I think this makes us overlook the fact that we control our own destiny, make our own happiness, and can pursue these things because that is what our ancestors taught as to do: to endure old challenges in new times. 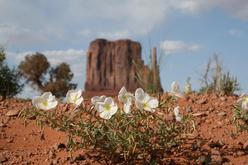