On Encouraging to Ask

Ancestral guilt of the colonizers in recent days

has brought many actions which have crossed

our social and news media outlets. Chief among

these has been reactions to the BLM movement.

We see renaming of products, removal of

statues, and other acknowledgements. Some

of these have been helpful, others merely a token

reaction. For native people, we saw the disappearance of the illustration of a native woman from the Land O’ Lake’s butter cartons. The art was designed by Patrick Des Jarlait, an Ojibwe artist, and bore tribute to cultural heritage. Many found goodness in this image, a reminder of the original inhabitants of the land. But now she is gone, and I wonder, “Did anyone ask?”.

In May this year, our city erected a monument to honor the Buffalo Soldiers, an action deemed as “a tribute to the all-black regiment sent west to tame the frontier”. That phrase “taming the frontier” burns, as most times taming refers to subjecting wild animals such as horses, tigers and lions for the enjoyment and service of man. Leaving behind this wording, did any consider the actual history of these soldiers?

It is not that this history is hidden. Within the Wikipedia article of the Buffalo Soldiers, anyone can access the following historical information. “From 1880 to 1881, portions of all four of the Buffalo Soldier regiments were in New Mexico pursuing Victorio and Nana and their Apache warriors in Victorio's War. The 9th Cavalry spent the winter of 1890 to 1891 guarding the Pine Ridge Reservation during the events of the Ghost Dance War and the Wounded Knee Massacre. Buffalo soldiers fought in the last engagement of the Indian Wars, the small Battle of Bear Valley in southern Arizona which occurred in 1918 between U.S. cavalry and Yaqui natives.”

This new Buffalo Soldier Monument stands only 13 miles from the headquarters of the Pascua Yaqui Nation. While it is good for a monument to pay tribute to sons of former slaves in their struggles towards freedom, silence exists of the harm to native peoples. Again, I wonder, “Did anyone ask?”.

Does this happen because natives are a people forgotten, or relinquish to a fantasy of not yet dead stereotypes, or remnants of a patronizing spirit that thinks they know best? Perhaps some aspects of each. Right now, the flood of that which seems sincere in respect to minorities is in focus in the majority of populations. Let us embrace this with voices peaceful, yet strong and clear. Perhaps open ears will hear, remember and learn to ask. 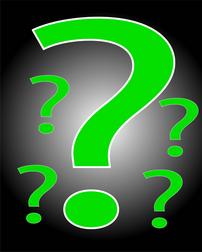