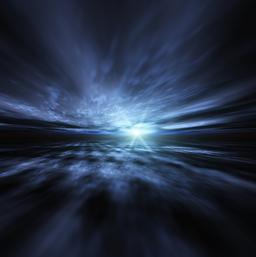 Only Time would test
In her anger she rose
Sword and cosh at her fingers
Once for redemption, once more for Him

What My Granddaddy Thought About The Night Before The Apocalypse
~ Dr. Dawn Karima

My Granddaddy used to say, "If you're going through Hell, don't stop n make pancakes, KEEP GOING THROUGH TIL YOU GET THROUGH!"

"Stand around being NDN long enough and you'll find yourself in the middle of a family reunion,"said My Grandaddy. Ten minutes in a train station, some sweet tea and a pound cake proved he was right.

My granddaddy used to say, "Trouble comes to us all...but if you're ALWAYS in trouble...check your choices."

"Not a whole lot of distance between nonsense and no sense.Don't let your nonsense get the sense knocked out of you," my Granddaddy retorted.

My Granddaddy used to say, "Dress for how you wanna be addressed in life. You're going somewhere, let your manners be your map."

Timelines. Business plans. Deadlines. Evidence. That's what separates Visions from Dreams. Anything less is just wishing. As my Grandaddy used to say,"That's a mighty long story with no supper to show for it."

"Well, that's one way to have an adventure," my Granddaddy used to say when one of us did something that didn't turn out so well. One thing about this family, we'll come to your rescue...even if the adventure you end up having ain't quite the one that you had planned.

born and raised
nestled to the corvi
under the lone, sometimes
lonely star
sitting among the
tomes
countless words
became
candy, protein, and carbs
to nourish
both mind and spirit
freedom, deliverance
from
uncertainty
depression
pain
freedom is bound in
precious paper
pages numbered
share the stories
with the crows
hear them sing
stories old
yellowed pages
spineless
from time
newly bound
treasures
perfectly spined
crows singing
none
to
burn
none to burn
hold them close
she reminds
them
she moved
outer mundania
is safer
than the
one star
none to burn
none
to
burn.

My Granddaddy used to say, "We don't care how you got in this family...just as long as you act right once you're in!"

Unole (Wind)
My granddaddy used to say, "You can set your watch by trouble. Trouble's a sure sign that what you're waiting on is on its way."

Nvda (Moon)
My grandaddy used to say "Fix what you can, pray about what you can't, but don't act shocked if what God fixes is YOU."

Nvwadohiyada (Harmony)
My Grandaddy used to say,"If you're wrong about life, getting loud about it won't make you right...you'll just be loud and wrong."

Ulitsvyasdi (Courage)
"Y'know, being Native ain't for the squeamish," My Grandaddy used to say,"You'd best Warrior Up or You better go on home."

"When you find yourself wondering who your real friends are in a battle," my Granddaddy used to say, "Best believe you don't have any real friends in that battle...and act accordingly."