For many non-Native Americans, the story of

Native peoples is only an historical one, generally

inaccurate and painfully oversimplified. This is

no accident. The ideological roots of contemporary

American identity and culture were birthed in the

Doctrine of Discovery and reinforced by Manifest

that continue to be used as the justification for the colonial expansion of European powers into lands already inhabited by hundreds of distinct Indigenous societies. The Doctrine of Discovery was first expressed by two papal edicts, Dum Diversas and Romanus Pontifex, issued by Catholic Pope Nicholas V in the 15th century, which argued for the god-given authority of Portugal to invade non-European lands, subjugate the people by force and enslavement, and take the resources of those lands for the king. The Doctrine of Discovery asserts that the lands of the Western Hemisphere were empty, since the people living in them were not Christian, and the ways those societies use the land they inhabit is not recognized as “civilized.” With this “authority,” men we now call “explorers” set out to find, conquer, and claim all the land they could.

Of course, the lands were not empty. They had been stewarded by various intact societies for tens of thousands of years prior to the arrival of the explorers. And from the moment the first ships touched land, they brought with them waves of invisible pestilence that swept forcefully through the hemisphere. Recent research estimates that, within a decade of the first landing of the conquistadors, diseases such as smallpox killed 90% of the Indigenous population of the Western Hemisphere, which numbered around 100 million individuals. By the time the European 6 colonists arrived, tribal communities were already reeling from that disaster. And because Indigenous land practices (such as the building of food forests in the Amazon, to the millions of bison living in the Great Plains, to the abundance of salmon in the Pacific Northwest) were not recognizable to the European, the ideological framework was set. With the rallying cries of Manifest Destiny, the colonists claimed all of the land until there was nothing left to be claimed.

For a while, the European powers, followed by the newly formed United States, made treaties with Native nations, in recognition of their inherent sovereignty. However, treaties are powerful international agreements that should be honored, and so the United States devised a series of tactics, laws, and policies to stop treaty-making and reduce the remaining Native peoples to a force that would no longer need to be reckoned with, or in their words, to address “the Indian problem.” For over two hundred years, the United States has attempted the relocation, assimilation, reorganization, and termination of Indian tribes and people, often with far-reaching and devastating consequences to the people and their cultures. From the perspective of the colonial settler state, these policies were extremely effective, allowing them to “open up lands” to settlement which had previously been stewarded by various Indian tribes. But the promises made to Native people in these treaties, including guarantees that Native communities could live peaceably in lands similar to the ones they’d been removed from, were largely unfulfilled. Some reservations were never established or quickly reduced by future landgrabbing; the supplies meant to support the forced migrations of tribes were maggot-infested or never appeared, with government middle-men taking the monies for themselves; many people didn’t survive the migrations. What the removal period didn’t destroy, the Indian Boarding Schools and other strategies of cultural genocide nearly eliminated Native cultures.

The willingness of the United States to use forced removal and other heinous practices to seize land not their own has had a profound impact on Native peoples. Tribes which once utilized large swaths of land for hunting and gathering, including the plains tribes, were relegated to much smaller “reserves” and shut out from traditional territories, foods, and life-ways. Whole tribes were removed to unfamiliar places and expected to learn European-style agriculture in a completely different biome. Tribes were split; my own people were fractured into what is now ten different tribes – seven in the U.S., and three in Canada. This fracturing weakened tribes already hurt by decades of warring, migrations, reduced territories, and disease.

The inability to live on traditional homelands and practice our life-ways has contributed to the loss of identity, cultural homogenization, and the decline of Indigenous languages. It has made us more dependent on government subsidies and replaced the healthy ways we worked with and ate from the land with unhealthy and cheap processed foods, contributing to high rates of obesity and diabetes in Native people. This painful separation from land and culture has contributed to the plague of alcohol and drug abuse, making it even harder for our people to continue to learn and practice traditional ways.

Despite everything that has been thrown at Native peoples, however, we continue to persist and thrive today. More of us are learning our ancestor’s languages than did in our parents’ generations. Traditional ceremonies are still protected by the families that have kept them going, despite the federal government imprisoning and starving our great-grandfathers for practicing them. Indigenous knowledge keepers are finally being recognized as important leaders in the fields of ecological restoration and resource management. While the fight to hold the United States accountable for upholding its treaties is ongoing, one does not have to look far to find Native scientists, scholars, artists, teachers, doctors, lawyers, poets, activists, healers, and 8 warriors. The appointment of the first Native American Poet Laureate (Joy Harjo) and the first Native American Cabinet Secretary (Sec. Deb Haaland) are just two recent accomplishments of Native people that show that, indeed, we are still here.

Understanding our histories helps us to understand how and why things work today. If the contemporary people of the United States wish to seek a future of ‘life, liberty, and the pursuit of happiness’ for all, we must first reckon with the complicated realities of our history. It is not enough to simply dismiss the millions of people and millennia of history and diverse cultures that existed on their own prior to European colonization – learning whose land we occupy, understanding the events that led to our current moment in time, and encouraging one another to tell a more complex narrative – these are important steps in the re-education of contemporary Americans. And for Native people, learning the stories of our ancestors ensures that we can pass that knowledge to future generations, continuing a thread of intergenerational knowledge transmission that has preceded us “since time immemorial.” In this way, our cultures do not end with stories of cowboys and the wild west, but instead continue as systems that shape our identity, help us understand our place in the world, and give us strength for the work ahead. 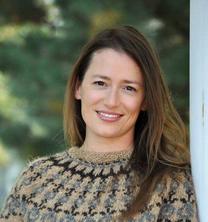