I am one of many on multiple social media platforms.

My interests have led me to follow many amazing

creators who use these outlets to shine a spotlight

Indigenous people, as well as lend their voice and

abilities as artisans and creatives to build their

businesses, as well as connect friends and family.

Obviously, social media encompasses a wide range of people with divergent backgrounds, ideas, and ideologies. Many individuals utilize their accounts to be a voice of encouragement and inspiration for those who feel abandoned, ignored, or ostracized because of race, heritage, sexual orientation, women’s rights, and religious and political beliefs.

Unfortunately, the same social media platforms are plagued by individuals who see this as a way of promoting themselves to amass a larger following while prompting others to spread misinformation, propaganda, pouring hatred as easily as one might feed gasoline to a burning flame. It should not come as a surprise to know their targets include anyone who does not fall into their tiny demographic. For each creator supporting individuals regardless of ethnicity or race, who speak out as an ally to the LBGTQ2+ community, who extend help to women and children and those who are weary and vulnerable, who choose to be kind, who see beyond political agendas, those who fiercely oppose the tactics of fear mongering masquerading behind religions; there are seems to be an endless supply of those who brandish the opposite with glee, burning books, labeling, posturing entitlement and ignoring the reality of their actions.

Despite guidelines meant to protect users of social media, a strong trend continues to ooze out vile toxins; including posts of harassment, threats, insinuations, blatant cultural bias, and misappropriation, along with the usual outright lies and misinformation. It’s not confined to social media either, unfortunately, it is everywhere, in our streets, schools, the grocery stores, in government, in private and public sectors.  This self-imposed entitlement is nothing new, we’ve seen it all before, however, some politicians and ultra conservative religious leaders continue to brandish it to promote their own agendas and self-grandeur, following the yellow crusty crumbs of the grand Cheeto poohba. Machiavellian discourse in action.  Ray Bradbury’s acclaimed novel Fahrenheit 451 was published in 1953, before I was even born. Nonetheless, it was on the reading list when I was in high school, as it was later when my son attended. It is horrifying to realize that the burning of books has not stopped, in fact it has escalated in many areas. Control and suppression of any idea that encourages true understanding of history, the real history, and
media sources, and books that might have dissenting ideas within are taboo according to the holier than thou. Fahrenheit 451 has been banned, altered, and censored more times than anyone might realize, in part because those same individuals are afraid of people who think, who revel in knowledge and question the things that concern them.

At the height of the burn pile, in any state, are books that include references to race, interracial
relationships, anything that might mention LBGTQ2+ or sexuality in any sense, free speech, women’s rights; included a woman’s right to make choices about her own body, the right to vote, any racial issues, politically biased books, witchcraft/paganism, books that question religions, as well as those that offend the ultra conservatives. I find it amazing how many of the classics are in the list of banned books, including, but not limited to: Animal Farm, The Great Gatsby, The Catcher in the Rye, 1984, Of Mice and Men, The Grapes of Wrath, To Kill a Mockingbird, The Color Purple, Beloved, The Sun Also Rises, Catch-22, Brave New World, The Lord of the Rings, A Clockwork Orange, A Separate Peace, A Farewell to Arms, Gone With the Wind, One Flew Over the Cuckoo’s Nest, Slaughter House Five, The Call of the Wild.

The banned list also includes books written by Indigenous authors, including Sherman Alexie’s The
Absolute True Diary of a Part-Time Indian and You Don’t Have to Say You Love Me, The Lone Ranger and Tonto Fist Fight in Heaven (which was later adapted into the film Smoke Signals); Fry Bread: A Native American Story by Ken Maillard, Simon Ortiz’s The People Shall Continue, An Indigenous People’s History of the United States by Roxanne Dunbar-Ortiz, Joy Harjo’s Crazy Brave : A Memoir, among others.

Finding accurate historical information in public school books is tantamount to the needle in the haystack, especially when it comes to Indigenous history. It is simply not there. Same with a lot of the information on WWII, Korea, Vietnam, and so on. It is ironic how many times the Holocaust is referenced on social media, as well as spouted from conservative politicians, and yet, the same want to claim the Holocaust never happened. Many of those same voices still insist massacres against Indigenous people are false narratives.

As an example, former U.S. Senator Rick Santorum stated in 2021; "We came here and created a blank slate," Santorum said. "We birthed a nation from nothing. I mean, there was nothing here. I mean, yes we have Native Americans, but candidly there isn't much Native American culture in American culture." Sadly, comments like this are all too common, and Santorum is only one of many who have no clue who we are, or the countless contributions made by Indigenous people.

It is no wonder there are so many cowering over CRT (Critical Race Theory). Racism exists. It is a reality in our everyday lives. It is not something we can ignore, nor should we. We cannot walk around with blinders on. The fact that politicians are attempting ban any discussion of race relations, including in public schools is a blatant injustice against what we have seen, what we know, what many of us have experienced firsthand. Unfortunately, too many of these same politicians are feeding the fear base, pandering violence as a viable action and acting as an accelerant.

Regardless of trends, of politicians who gleefully stand in support of white supremacy and attempt to control the lives of their constituents by creating mandates against them, and those individuals who encourage violent action and teach the same to their children; it must stop. Take the blinders off, tell the stories, stand in solidarity against the bigotry and hate, read the banned books, empower truth, and believe in what our Ancestors taught. 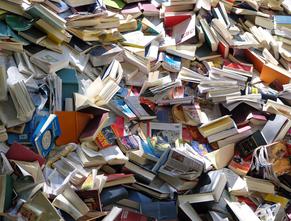