wilderness of America they found the tribes of

Shoshone and Comanche at odds, and it is a legend of the springs of Manitou that their differences began there. This “Saratoga of the West,” nestling in a hollow of the foothills in the shadow of noble Pike’s Peak, was in old days common meeting-ground for several families of red men. Councils were held in safety there, for no Indian dared provoke the wrath of the Manitou whose breath sparkled in the “medicine waters.” None? Yes, one. For, centuries ago a Shoshone and a Comanche stopped here on their return from a hunt to drink.

The Shoshone had been successful; the Comanche was empty-handed and ill-tempered, jealous of the other’s skill and fortune. Flinging down the fat deer that he was bearing homeward on his shoulders, the Shoshone bent over the spring of sweet water, and, after pouring a handful of it on the ground, as a libation to the spirit of the place, he put his lips to the surface.

It needed but a faint pretext for his companion to begin a quarrel, and he did so in this fashion: “Why does a stranger drink the water at the spring that his children may drink it undefiled. I am Ausaqua, chief of Shoshone, and I drink at the head-water. Shoshone and Comanche are brothers. Let them drink together.” “Wacomish lies. His tongue is forked, like the snake’s. His heart is black. When the Great Spirit made his children he said not to one, ‘Drink here,’ and to another, ‘Drink there,’ but gave water that all might drink.”

The other made no answer, but as Ausaqua stooped toward the bubbling surface Wacomish crept behind him, flung himself against the hunter, forced his head beneath the water, and held him there until he was drowned. As he pulled the dead body from the spring the water became agitated, and from the bubbles arose a vapor that gradually assumed the form of a venerable Indian, with long white locks, in whom the murderer recognized Waukauga, father of the Shoshone and Comanche nation, and a man whose heroism and goodness made his name revered in both these tribes. The face of the patriarch was dark with wrath, and he cried, in terrible tones, “Accursed of my race! This day thou hast severed the mightiest nation in the world. The blood of the brave Shoshone appeals for vengeance. May the water of thy tribe be rank and bitter in their throats.”

Then, whirling up an elk-horn club, he brought it full on the head of the wretched man, who cringed before him. The murderer’s head was burst open and he tumbled lifelessly into the spring, that to this day is nauseous, while, to perpetuate the memory of Ausaqua, the Manitou smote a neighboring rock, and from it gushed a fountain of delicious water. The bodies were found, and the partisans of both the hunters began on that day, a long and destructive warfare, in which other tribes became involved until mountaineers were arrayed against plainsmen through all that region.

Also See:
The Shoshone – Continuing the Traditions of Their Ancestors
Shoshone camp

The Shoshone tribe often referred to as the Shoshoni or Snake Indians, consist of several distinct groups, of which there are different bands. Originally living in a wide area of the Great Basin and Great Plains and sharing similar Shoshone languages, they are closely related to the Comanche, Paiute, and Ute Indians.

By the mid 18th century, the Blackfoot, Blood, Piegan, and Crow to the north and the Sioux, Cheyenne, and Arapaho to the east were well better armed and had an abundant supply of horses. These competing tribes soon pushed the Shoshone south from the northern plains and west of the Continental Divide.

The first white men to explore the west were the trappers and explorers. Sacagawea, a Lemhi Shoshone woman, led Lewis and Clark through the west to the Pacific Ocean.
Sacagawea guided Lewis and Clark on their expedition  of 1804-06

By the time the Europeans began to move into the Great Basin and Snake River areas in the 1840s, there were seven distinct groups of Shoshone. The very few seen east of the Continental Divide. By that time the tribe limited their excursions east only to hunt buffalo, limiting their stays to short periods. When the white settlers pushed westward the Shoshone tribe also succumbed to epidemics of small-pox and other diseases previously unknown to them, which decimated the tribe and diminished its posts.

By this time, the Northern Shoshone and Bannock hunted in the Snake River Valley, the Camus Prairie, and the Portneuf and Sawtooth Mountains, while a Shoshone group called the Sheepeaters lived primarily in the Yellowstone country. The Eastern Shoshone, led by Chief Washakie spent most of their time in the Wind River and Bighorn Mountains.

Two other divisions having similar cultures were the Goshute Shoshone, who lived in the valleys and mountains west and southwest of Great Salt Lake; and the largest group, the Western Shoshone, occupied what is today, northwest Nevada. Four other groups, generally called the Northern Shoshone, were scattered about Montana, Idaho, and Utah.
The basis of the Shoshone religion was a belief in dreams, visions, and a Creator; and fostered individual self-reliance, courage, and the wisdom to meet life’s problems in a difficult environment. Most of the Shoshone ceremonies are dances similar to the Great Basin Round Dances. The Bannock shared the warfare practices of the Plains Indians, which included counting coups and taking scalps of enemies. They adopted the Scalp Dance from the plains tribes and during the reservation period began dancing the Sun Dance. Today, the Sun Dance, a very important event, is held each summer.

When the first Mormon pioneers began to settle in northern Utah they encountered three major bands of Shoshone who had adopted most of the plains culture, utilizing the horse for mobility and hunting game. However, as the Mormon farmers began to take over their traditional homelands, and more settlers moved westward along the Oregon and California Trails, the pioneers took over much of their land and wasted their food supplies. As a result, Chief Bear Hunter began to strike back in 1862 by raiding Mormon cattle herds and attacking mining parties traveling to and from Montana.

The troops approached in the early morning darkness around 6:00 a.m. After two hours of firing, the Indians were out of ammunition and the next two hours of the battle became a massacre as the volunteers shot indiscriminately into the camp. When it was over, 250 of the Shoshone lay dead, compared to about 23 soldiers who lost their lives.Bear River Massacre in Idaho.

The Shoshone aggression ended in what has become known as the Bear River Massacre on January 29, 1863. On that morning, Colonel Patrick Edward Connor led about 200 California volunteers from Camp Douglas in Salt Lake City to assault the winter camp of Chief Bear Hunter. Encamped at the confluence of Bear River and Bear Creek in the Cache Valley were about 450 men, women, and children.Chief Bear Hunter was killed in the battle and the remainder of the tribe, under Chief Sagwitch and the chiefs of nine other Northwestern bands of Shoshone signed the Treaty of Box Elder at Brigham City, Utah, on July 30, 1863. After the treaty was signed, the government immediately began to force the Shoshone to move on to the newly founded  Fort Hall Indian Reservation in Idaho. After several years, most of the Shoshone finally gave up roaming their homelands in Utah and settled on the reservation, where their descendants continue to live today.

Rosita, Colorado
The canyon of Oak Creek is choked by a mass of rock, shaped like a keystone, and wedged into the jaws of the defile. An elderly Ute tells this story of it. Acantow, one of the chiefs of his tribe, usually placed his lodge beside the spring that bubbled from a thicket of wild roses in the place where Rosita, Colorado, stands today. He left his wife–Manetabee (Rosebud) — in the lodge while he went across the mountains to attend a council, and was gone four sleeps. On his return, he found neither wife nor lodge, but footprints and hoof prints on the ground showed to his keen eye that it was the Arapaho who had been there.

Getting on their trail he rode over it furiously, and at night had reached Oak Canyon, along which he traveled until he saw the gleam of a small fire ahead.

A squall was coming up, and the noise of it might have enabled him to gallop fairly into the group that he saw huddled about the glow; but it is not in the nature of an Indian to do that, and, tying his horse, he crawled forward.

There were fifteen of the Arapaho, and they were gambling to decide the ownership of Manetabee, who sat bound beneath a willow near them. So engrossed were the savages in the contest that the snake-like approach of Acantow was unnoticed until he had cut the thongs that bound Manetabee’s wrists and ankles — she did not cry out, for she had expected rescue — and both had imperceptibly slid away from them. Then, with a yell, one of the gamblers pointed to the receding forms, and straightway the fifteen made an onset.

Manitou Spring, 1870
Swinging his wife lightly to his shoulders Acantow set off at a run and he had almost reached his horse when his foot caught in a root and he fell headlong. The pursuers were almost upon him when the storm burst in fury.
flood of fire rushed from the clouds and struck the earth with an appalling roar. Trees were snapped, rocks were splintered, and a whirlwind passed. Acantow was nearly insensible for a time — then he felt the touch of the Rosebud’s hand on his cheek, and together they arose and looked about them. A huge block of river granite lay in the canon, dripping blood. Their enemies were not to be seen.

“The trail is gone,” said Acantow. “Manitou has broken it, that the Arapaho may never cross it more. He would not allow them to take you. Let us thank the Manitou.” So they went back to where the spring burst amid the rose-bushes. 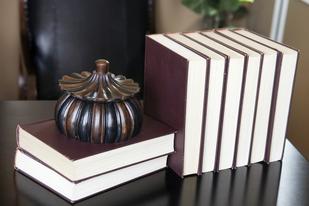