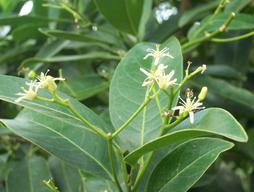 So I Ate the Flower
~ Christopher Julian

A friend of mine asked me once if I had

ever eaten a flower.  I didn’t know what to

answer, aside from trying to remember

being a kid and you know how kids will put

anything in their mouths just because it's

there.  Then there are the Lotus Eaters from the Odyssey.  Would eating a flower induce a hallucinogenic state of bliss?  We’re also told that certain flowers and plants are toxic.  Just my luck, the one flower I ingest sends me to IHS.

I had cut myself off from anything resembling the spiritual world after my grandparents passed.  I was upset at everything.  Of all people, people who were humble and traditional.  Why them and in terrible ways to go?  They were my conduits to the old stories of my people and the balance of nature.  Helping my grandpa outside the house with the sun setting and the moon glowing as a thin crescent.  He would tell me, “It’s going to rain in a couple days.”  There wasn’t a cloud in the sky that night.  Still, I wasn’t the least bit skeptical but full of anticipation.  What were my plans in the next couple days?  How would the rain interrupt those plans?  Just a decade ago, we used to get real rain.  They called it the Monsoonal Flow.  It would definitely cause you to change your plans and sit at home with the windows open, listening to the rain like it was jazz played on cymbals.  (All fancy right?  A Navajo kid is going to tell you all about Tony Williams and the Miles Davis Quintet.)

One of my mother’s uncles — from the extended family tree — and I were sitting in the shade against his old family’s house.  It was a hot summer day.  The shade was nothing more than a sliver of mercy.  There were clouds in the sky but there wouldn’t be a drop of rain that day.  The Uncle wiped some sweat from his forehead and took a swig of a diet soda.  He examined the bottle with look of sheer disappointment.

“They won’t let me have the regular anymore.  For my health,” he says to me with his attention still bent on changing his diet soda in to a regular Coke.

“The wind is picking up,” like tried and true meteorological savant I sound.

“One of the older guys was talking about the heat and why we won’t get real rain anymore.  We let the Old Gods die because we stopped talking to them.”

The food was ready and there are certain rules you don’t break to live a fulfilling life.  You just don’t interrupt people when food is waiting.  By the time, came back to restarting the conversation, the Uncle was already on a new thread — the loves of his life.  And before you know it, it was time to go home.  You don’t want to be one the rez roads after the sun sets.  There are few things that truly freak me out and that’s one of them.

I would ask as many people as I could about what the Uncle meant.  Nobody could answer me.  Nobody would answer me.  It’s fragile state of being in the native world.  You either know it all — and bless your elders for teaching you right.  Or you know some but far from enough and everybody be damned for not teaching you right.  I put to the questions to rest for a bit.  I might be violating sacred grounds by even asking them in the wrong season.

On the southern shore of the raging Mississippi, if you’ve been to Minneapolis, you’ve seen this spot.  The Dakota call it Owámniyomni — turbulent water, among other names.  The area is now home to old flour mill behemoths — the who’s who of Aisle seven.   With a little exploring, you find the most amazing restaurant.  It has one of the must unique menus I have yet to come across.  It’s nothing exotic.  It’s entirely Native American.  From someone brought up in a world were traditional native meant fry bread and mutton stew.  Being served bison and rabbit was a truly eye opening experience.

For the first time in a long time, I felt a connection to a world I’d lost contact with.  It was starting to become overwhelming (in a good way).  When the Wild Rice Sorbet, dessert, arrived, it was topped with a flower.  I only began to realize at that moment I was entering a world beyond anything I’ve known up to that point.  This was the gateway.  An invitation that couldn’t be denied, so I ate the flower.