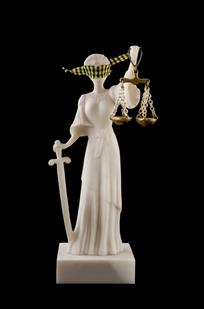 from Pitkas Point, a small village of 150 people

located near St. Mary's, about 525 miles

southwest of Fairbanks. She was found

murdered in a bathtub in a dormitory on the

University of Alaska Fairbanks campus on

(University of Alaska Fairbanks) the year

before on a full academic scholarship from British Petroleum. She was a marine biology major. She had some major orthodontic work done in December and took the spring semester off to work in her home village as a teaching aide and a village clerk in St. Mary's to earn money to cover the cost of the dental work. She made frequent trips to Anchorage during that time to get adjustments on her braces and check ups. On the Friday before her death she was in Anchorage and ran into a former teacher who took her to the airport to go to Fairbanks the following day. She planned to stay for a few days, visiting friends at the dorm at UAF, while she finished up some course work for her studies.

It was final exam week. She was staying on a floor of the dorm which was for only female residents. Male visitors sometimes used the bathroom when visiting on the floor. The bathroom had showers, and one private room with a bathtub. People had come and gone in the bathroom with nothing noticed, until 2 PM when one of the custodians discovered her body in the bathtub. She had suffered a gunshot wound, multiple stab wounds, and her pants were down around her ankles.

The dorm is an eight story building that shares a common ground level floor with two other dorms. About 670 students occupied the three dorms in 1993. Anyone could have had access. There was an elevator in the building as well as stairs, making it very difficult to track the comings and goings of that many people. Officers were called in immediately and remained on campus until late that night trying to find witnesses and piece together what happened. They couldn't find anyone who heard anything, including the gun shot.

The University held vigils for her and memorial services were held publicly and in her home village. Police were stumped. Fairbanks was in shock. The Crime Stoppers posted a $20,000 reward for any information leading to the arrest of her rapist/killer. Two years later the investigation was still going on. Many suspects were interviewed, but nothing panned out. In 1994 Sophies's grandmother filed a $4 million lawsuit against the University, stating that lack of security caused her granddaughter's death. The lawsuit, which revealed a lot of information, reportedly got in the way of the criminal investigation because the information it revealed could easily have given the actual killer a warning about what to do or say. The detective from the Alaska State Troopers believed that the killer was more than likely a student or former student and that Sophie was not a targeted victim, but one of random convenience. Sophie had been last seen around midnight before the murder outside smoking a cigarette, leading troopers to believe she could have been killed at a location other than where her body was found.

Over the years, troopers kept looking for leads and trying to unravel the complicated circumstances of her murder. Unlike too many of these cases, this one actually had a closure for the family. As detectives continued to follow the leads they got inspired by the Golden State Killer case in 2018 where DNA provided the link they needed to solve the case. Troopers had samples of DNA from the killer and used a genealogical data base and a Kentucky based firm to find genetic leads. They found an aunt of the killer who lived in Maine. From that information they then determined that Steven Downs was an 18 year old student at UAF who lived in the same dorm at the time of the murder. They also found that he owned a handgun. They finally caught up with him and did a DNA sample of him and got a match. Twenty six years after the rape and murder, Steven Downs was arrested in February, 2019.

This article was in a previous issue of Whisper N Thunder. At the time, Downs had been arrested, but had not yet been given a trial. A few weeks ago this was in the news: "A Fairbanks jury found Steven Downs guilty in the cold case murder and sexual assault of Sophie Sergie at a University of Alaska Fairbanks dormitory nearly 30 years ago. Alexi Sergie, the victim’s older brother, listened in to the verdict remotely from St. Marys, Alaska.  The judge scheduled sentencing for late September."

Though it took 30 years for justice to be served for Sophie, there is some hope in the fact that cold cases are followed and that new technology can often help. Though this won't bring Sophie back, we can hope it finally brings her brother and other family and friends some peace of mind. So many cold cases still remain unsolved throughout our country. It's important to keep them in the forefront as much as possible, in the hopes that they, too, will finally show results and justice will be served.