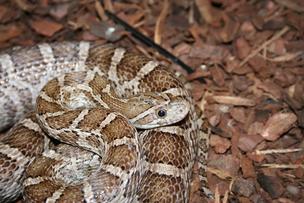 Jack Beauford wiped the sweat from his

hairline and at that moment he knew the

day was hot.  Maybe even hotter than the

day before.  Looking east through a huge

willow he could see the beginning of a

Momma would be in church or frying breakfast for her and Solace.

He shot a concerned glance over at Tom who was sleeping like a dead man under his blanket, covered in dew with his dirty white feet sticking out like dead fish.  Well, he thought you’ll probably go home alone today.

He could feel his ankle swelling up, it was painful blue with black edges and the only clean spot were the two holes where the cottonmouth bit him.  Jack Beauford luck he called it, must be in the Mississippi Beauford blood.  Poisoned blood now.

After being up most of the night he was tired.  Too tired to walk the day and a half to get home. He couldn’t walk anyway.  His ankle was swollen up like a ripe melon. But even after being snake bit, he saw no reason to complain. He chose this hunt.

He told Solace he would catch the black twins and bring them home and like a fool he grabbed his shotgun, a sack of turkey legs, and ran toward the swamp.  His dog Rebel running beside him, breathing hard but never looking back.

A mile out and his younger brother Tom caught up and he had a rope hanging across his chest.  Tom was young, but he was big.  On the trip, Tom made two straw hats because the sun was a killing sun and they didn’t have time to shade.

Solace and Mom had just bought the 15-year-old black twins a month before from Governor Hamilton for a fair price.  One girl, one boy, with red hair, strong bodies, and good teeth.

The Beauford's had more property now so to have more field hands just made sense. Well, old man James and the rest of the hands never caused no problems.  And they sure could work, never complained about the whip, and never spoke back.

But these twins were all trouble right from the start, and here now two days from home, no more turkey and no sign of the runners. Old man Solace is going to do some hard punishing when Tom tells him what happened.

There’s just no way to hide a snakebite.  His shotgun was useless even though he seen the cottonmouth swim away deep into the swamp.  He knew right away the bite would kill him.

Tom just stood there looking at him like he didn’t know who the hell he was, then Jack had to tell him I’m snake bit. Jack wanted to shoot into the swamp just for payback even though the cotton was long gone.  A fool’s errand they would call it.  The lazy tobacco chewing no good slow-talking boys back at the store are going to say I told ya so long into the summer.

When Tom wakes up he’ll go home and get a wagon for him.  Momma will fix him up and he’ll start the search all over again.  Unless Solace has other ideas.  Tom used his rope for a scratchy pillow, rolled up in the blanket like a cocoon, and went to sleep.  Then he sat and waited for daylight.

Solace bought the coach-gun from a Wells Fargo driver who needed another gambling stake.  The boys in town called it a cut-down.  In 1864 it was brand new, never been cleaned because it was never used.

Jack told himself when he sees the twins the cut down will convince them to come home without chains.  No one’s fool enough to defy a shotgun.  And if they were,  well he could shoot one to save one.

Jack looked the gun over, cocked the hammers, swung the barrel side to side to test the weight, his hands were shaky.  Tom moaned and his arms popped out.  His fingernails were dirty black and his sleeves were already damp from the morning dew and maybe the morning heat.

It was full daylight now.  He felt a little dizzy and strained to focus his sight.  At first, he thought he heard thunder, then realized a flock of birds flew off all at once.  Looking up he didn’t see a thing.

He was still cradling the cut down, cocked and loaded.

Tom sat up, startled him and he turned in that direction.  The twins were here? No, Solace was calling. Looking to his left now he touched the hairline trigger.

The cutdown exploded in the misty clearing.  He thought they’re going to hear that all the way back at the house. He was shocked, immobile.  Did he have more shells?  The twins are going to hear.

The quiet fell on him like a soft blanket.  He felt at peace.  It’s all going to work, curses never last.  We’ll catch them today.  Then he saw Tom.

Tom was sitting up. His blanket was wrapped around his waist.  It was filling with blood.  Jack thought his head was slouched over and maybe he fell back to sleep.  The sun was up, but the swamp was thick with treetop shade, sunlight fell like it did when he would walk into the henhouse.  Part light, part shade.

Tom...let’s get up.  You got to get James and the wagon. And maybe Momma.

Jack looked up, Tom’s head was blown clear off.  He was sitting up.  But it was just blood and meat.  The echo of the shotgun blast was still drifting off.

A kaleidoscope of birds flew up out the magnolias.  Flying free as birds.