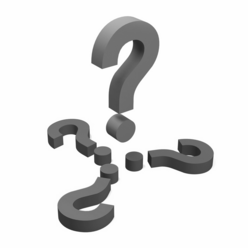 War, politics, media, and Black Fridays are all

distractions from the truth.  They are meant

to keep you one step away from reality.

Because the real will set you free.  The real

will make you angry. The real will change you.

And the last thing They want is for you to change.

You are being fed. Daily, intravenously and you don't even realize it. You are being fed a deception of the true. The world you live in and believe in is a deception. But the reason you are being deceived is because you are a powerhouse. You are an authority. You can make change. And you are fearsome. And They do fear you.

The blinders are all in place. But the weird thing is that they did not put them on you, you put them on yourself. And they are easily removeable. But you need complete awareness of self in order to become aware of self. And once the blinders are removed and you reach a new state of realization then you will begin to change.

If you're an American one tool of propaganda that you have been fed is freedom.  That is one huge pie in the sky.  Am I free? That's not a question that most Americans ask themselves. They take freedom for granted. So, after a while the concept of freedom becomes a distraction, a tool, a nothing-burger. It becomes an excuse to not look for the truth.

The truth is you are on a treadmill, you are a cog in the machine, you are oil and gas, you are a commodity, you are the scrim. And as the scrim you enable Them to control others and eventually the masses. Because you will lay down your life for this "freedom", this distraction from the truth.

"They" are not invisible, They are just people. People who have taken life for granted. People who are only interested in maintaining their status quo. They are not some supernatural beings from space, they were born of mothers right here on earth. They are part of or have become a part of the super oligarchy, the super-rich. The authoritarian class. The are they super-miners, the super-corporate class.

But they are in this position because you put them there. And you continue to support them through your participation in their systemic deception.  Which is leading to super destruction.  Not just of the western hemisphere but of the entire planet on a catastrophic scale.

But apathy is the open doorway. They don't care. Just as long as you don't care. They don't "need" anything, They have all they need, but They must continue, perpetuate, enable, ensconce because They don't want to lose any of what They have. They are devoid of compassion, understanding, empathy, and generosity.

And if you protest? They want you to protest because it's a distraction, it becomes part of their creative illusion.  Very little will actually change, and for a while you will feel empowered, but it's a ruse, a falsehood, a misleader.

But the big rabbit from the hat is that to them there is no race, color, profession, political ideology or religious beliefs that make any difference. They don't care. They don't care if your rich or poor, black or white, astute of neolithic. It's not going to change their landscape. It may even enhance their power.

But the other weird thing is that "They" don't even realize that they're a "They". They have crawled so far up the dung-hole of international corporate elitism that they have disenfranchised themselves of anything even remotely akin to the notion of a human race.

It's an international version of an Adults Disneyland for Oligarchs.  In the meantime, we are one iota away from complete and total annihilation of all planetary resources and any sliver of survival.  There's no one coming to save us. There's no Spiderman or Justice League. Like someone said in a movie once, "there's no Mariachi, no tequila, just a Mexican hell."

Anytime someone throws you a term like inflation, GDP, stocks, returns, tithe, donation, volunteer, vote, save, they're perpetuating, they're proselytizing. They're a cog, you're a cog, they want you to buy-in, to accept, to believe.  Because belief perpetuates the deception, the distraction. Don't focus on the bark, look at the whole tree and maybe you'll see the forest.

​Pertaining to all articles in Whisper n Thunder:  Editor's Note: Authors commentaries do not necessarily reflect the views of Whisper n Thunder. However we stand strong in the belief that our authors have the freedom to express their well-thought out points of view and are grateful for same.