“Like the grasses showing tender faces to each other,

thus should we do, for this was the wish of the

The Ides of March 1974, a brilliant light descended on

By 1987, at the age of 13, she was playing varsity basketball for the Pine Ridge Lady Thorpes. She was also a culturally aware individual who was fiercely proud of her People.

In 1981, she had viewed an NBC television broadcast about Pine Ridge which greatly infuriated her because, as she later explained toTim Giago, founder of the Native American Journalists Association, “They came here and showed all the terrible things and did not bother to show any of the good things.”

SuAnne had vision and plans. One was what she referred to as “Happy Town,” where Lakota children could be safe and happy.

She was an excellent basketball player, scoring 2,541 points while playing for the Lady Thorpes. In her first year, she scored 31 points in the regional finals to lead the team to the Class A state tournament and championship. When the bus carrying the team homeward arrived on the reservation, it was met by a welcoming committee of over 200 vehicles with honking horns and flashing lights! The Lady Thorpes, pride of the reservation and uplifters of spirits, were escorted to their home gymnasium and a celebration! The following year, SuAnne averaged 24 points per game, and the Thopes again went on to compete at the state level.

In 1989, Pine Ridge won the Class A championship, thanks to sophomore Big Crow's winning shot from ten feet. As a junior, she averaged 28 points per game; as a senior, 30 points. She had a high game point score of 67 points, a state record!

SuAnne Big Crow's lasting legacy, however, is not the impressive high school basketball career, but her dedication to promoting good-will and cultural understanding among rivals. Her vsion was to empower indigenous communities and fight anti-Nativism. She confronted bigotry with grace.

One SuAnne legend that lives on in Pine Ridge tells about the game in 1988 between Lead (say “leed”), South Dakota, and the Lady Thorpes. The crowd was described as hostile as they made mocking “Indian” noises prior to the teams taking the floor. Some “fans” were waving food stamps and yelling things like “squaw' and “gut-eater.” The Lead high school band egged it on with what they thought was Native drumming and singing.

As the Thorpes lined up, SuAnne took the lead. The rest of the team was scared...remember, this was 1988, not that far away from the Wounded Knee uprising and the torching of the town of Custer, South Dakota...but Big Crow was fearless! She led them onto the court, right down the middle, and when she reached center court, she stopped and tossed the ball to her teammate Doni DeCory. Into the jump-ball circle she went, removing her warm-up jacket and draping it over her shoulders. She began to dance the Lakota Shawl Dance, and to sing! The Shawl Dance is a young woman's dance, demure yet flirtatious, and she performed it with confidence and style.

The simple beauty of the dance compelled silence from the crowd. “All that stuff the Lead fans were yelling, it was like she reversed it somehow,” said a team mate. “In the sudden quiet, all you could hear was her Lakota song.”

Ian Frazier, in On the Rez, described it as counting coup, but not in the usual sense. He describes her action as an invitation to the world to join in the dance. Her warm-up jacket was the symbol of inclusiveness; indeed, most of us have one. In that symbolism, SuAnne Big Crow made all of us Lakota relatives.

When the dance was over, she took the ball and ran down the court dribbling as the crowd erupted in applause and cheers. And Pine Ridge went on to win the game!

“It was funny,” said Doni DeCory, “but after that game, the relationship between Lead and us was tremendous. When we played Lead again, the games were really good, and we got to know some of the girls on the team. Later, when we went to tournament and Lead was there, we were hanging out with the Lead girls and eating pizza with them. We got to know some of their parents, too. What SuAnne did made a lasting impression and changed the whole situation with us and Lead. We found out there are some really good people in Lead.”

SuAnne Big Crow journeyed to the Spirit World on February 9, 1992, following an auto accident while she traveled to accept a Miss Basketball Award. She was 17 and a senior in high school.

Shock and grief swept the reservation, and, indeed, the whole state. Every council fire of the Lakota Nation adopted SuAnne Big Crow. The funeral procession extended for six miles.

Thirty years later, the SuAnne Big Crow Boys and Girls Club provides safety for and serves some 2600 Pine Ridge youth. Following her daughter's death, Chick Big Crow applied for a franchise and was approved, and she and the Big Crow family made the dream of “Happy Town” a reality in 1992. It was the first Boys and Girls Club in Indian Country.

The National Education Association presents the SuAnne Big Crow Memorial Award to a kindergarten through twelfth-grade student, or students. Recipients must promote diversity and the elimination of bigotry and prejudice, as well as demonstrate leadership “in improving conditions and self-esteem of minorities or the disadvantaged; and secure community recognition for his or her contribution toward the elimination of social injustice.”

Folk singer John McCutcheon wrote and recorded a song about her.

The Wikipedia link contains many links to sources used in this article.
SuAnne Big Crow - Wikipedia
​ 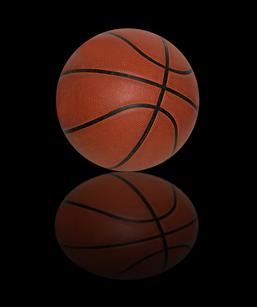