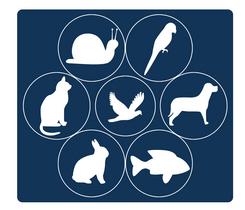 The Meadow Lark and The Fox

As Shared by Jerry Pope

in Augusta, Georgia to John Turner and Ann

Boyd Wilson Willis. She became a teacher and

where she quickly became fascinated with

Native American folklore. Her husband was the superintendent of the Santa Fe Indian School and when the Bureau of Indian Affairs said Native students were forbidden to learn the arts, she began teaching art classes.

Long, long ago, in the time of my grandfather’s grandfather, there was a drought over all of the land. A fox and her little foxes grew very thirsty; so the mother fox left her babies to go far away in search of water. She found a spring; and without drinking any herself, she filled her mouth with water for her babies, for she had no other way to carry it, and her babies would die for want of water.

As she was setting out for home a meadow lark, sitting on a rock, saw her and sang, “Fox, fox has a sharp mouth.”

“Ha, Ha!” laughed Mrs. Fox and spilled all of her water.

Back she went to the spring and filled her mouth again. But when she passed the meadow lark, the lark sang out, “Fox, fox has a sharp mouth.” And Mrs. Fox could not help laughing again. She lost all of the water in a big spray.

Once more she went back to the spring for a mouthful of water. She thought of her babies and she was determined not to spill the water this time; so she took wet clay and pasted her lips together. She wanted to glue her mouth shut so that she could not laugh and spill the water.

“Now, Miss Meadow Lark can try all she pleases to make me laugh,” thought Mrs. Fox and she trotted along toward her babies.

“Fox, fox has a sharp mouth,” once more sang Miss Meadow Lark.
Mrs. Fox tried hard not to laugh; but Miss Meadow Lark twisted her head on one side and sang again. It sounded so funny that Mrs. Fox just had to laugh. “Crack” went the clay on her lips and out spilled all of the water.

It was no use to try to carry water. Mrs. Fox just rolled and rolled over with laughter. Finally she got up and went home still laughing. She was laughing so that she had forgotten all about her babies. What a poor mother she was!

But when she reached her den, her laugh changed into a wail and poor Mrs. Fox rolled over and over in grief; for there were all of her baby foxes dead for want of water.

Very soon she grew so angry at the meadow lark that she wanted to go right away and eat her up. She ran as fast as she could to the rock where Miss Meadow Lark had been sitting; but Miss Meadow Lark had wisely flown away. So in her temper Mrs. Fox bit the rock until she injured her mouth and broke all of her teeth off.

Then she ran back to the spring for a drink of water, for by this time she was nearly famished. When she leaned over the spring to drink, there was another fox in the water with blood running out of her mouth. M 4 rs. Fox jumped back in horror, “The spring is poisoned,” she thought, “I cannot drink there.” And so poor Mrs. Fox ran away and died herself of thirst.