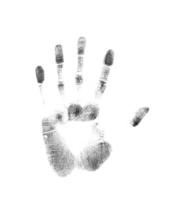 The Murder of Breonna Taylor


The case of the killing of Breonna Taylor has generated

a variety of public reactions. The facts and myths from

the case have all been examined by both professionals

and the public extensively. This information is readily

available at one’s fingertips if they have an interest in details.

Some questions have been answered at length and in truthful form, and other questions will remain unanswered or the answers will remain ambiguous at best.

And of course the long history of police shootings on black citizens could even cloud a person’s investigation into the facts. And of course the results of civic investigations after being determined as justified are made public and repeated as accurate findings. So as not to invite speculation and in-depth reviews.

Anyway it all starts with a targeting.

In the perspective of the police all black citizens are the same.

It doesn’t matter what their life is actually like, they’ve already been painted as “the enemy”.  Even if they are in fact decent citizens.  This is the problem of wide spread prejudice and bigotry. Everyone sees through the same set of glasses.

This is what happened in Breonna Taylor’s case.

Someone in authority in the Louisville Police Department had an interest in the activity of Jamarcus Cordell Glover.  According to this person or persons Mr. Glover was a criminal with a history of criminal activity. I’ll not get into what that was as it really doesn’t matter. What matters is that someone had an interest in “confronting” the problem. And of course the city of Louisville has a system in place that allows for arbitrary targeting for “investigative purposes, or personal apprehension”. And the system was about to be played.

Whether or not the police knew about the Glover/Walker/Taylor connection beforehand is never really established, which allows for potential collateral damage, civilian shootings. The reason why Taylor’s address was on the warrant (if in fact it was) was the Mr. Glover was seen “entering and exiting” the premises. So this was “cause” as they say.

But it’s not the clinical specifics of the case that interests me. It’s the subjective atmosphere of racist hatred.

The police or detectives knew that Mr. Glover was BLACK. And he had a drug history along with felon activity. These opened a door to “close contact” a rugby styled approach. Hard core, shotguns and 40 calibers. It was their kind of ballgame.

It wasn’t that Mr. Glover was a menace to society or endangering the lives of children, his heroin killing by proxy. That excuse would come later.

It was the fact that he was black. That was the only consideration.

Where in the world beside their world could you kill a black man for a flimsy excuse and not be prosecuted? Louisville, Kentucky is where.

The fact that they never killed Mr. Glover never bothers them. Neither does the fact that they did kill Breonna Taylor. She was collateral. And she was the bonus. Young, upstanding, civil servant, living in sin with Mr. Walker. Wow, they hit the jackpot. It was better than abortion or sterilization. It was pure murder and they knew they would never be prosecuted.

It was reported that Breonna was shot eight times, and then the Attorney General of Kentucky, Daniel Cameron revised the number and said she was only shot six times. Well two 40 caliber bullets less. We should be grateful.

The Attorney General is black. They sent him out right away. The “press” has a right to know the facts. Someone get him a stage and a microphone. And a new suit.

The Governor, Andy Beshear is white, and a Democrat.

They convened a Grand Jury. They wanted a “full investigation” which is white-speak for “if you’re black, fuck you”.

There was a discussion about where Breonna was at the time.

In bed or in the hallway.

Her boyfriend got off one shot with a 9mm.

He allegedly shot an officer in the leg.

But he wasn’t shot.

She did not have a gun.

The Grand Jury determined that the police were in the right for acting in self-defense.

Mr. Walker was not charged.

There was a lot of discussion regarding the “no-knock” law. But that law was not used in this instance, according to the reports.

Did Mr. Glover ever come into the picture? Not sure.

Mr. Walker gave several statements, both to police and to the press.

There are contradictions about whether the police announced themselves or not. Would it have made a difference? Probably not.

When the police went to serve the warrant (that they did not request) they had an intent. To kill Mr. Glover.

Did they know Ms Taylor was going to be there?

Did they think someone was going to be armed? Did they enter with guns drawn?

What about the drugs?

There were no drugs found.

The house was clean.

The Taylor family received a settlement. Many disagreed with that because they felt it was an unfair amount. Not that having a family member murdered in their own home was unfair, just that their receiving money for it was.

The Breonna Taylor case is only a drop in a larger ocean of minority killings.

It is only a ten second story in a mass media blitz of a larger genocidal movement by white authorities to eradicate the country of minorities, immigrants, and others not welcome in a George Wallace America to be freed of filth.

As an American Indian, we have seen this “trend” for 500 years and across several continents.

Nothing has changed except the characters. The methodology is the same. Murder. Genocide. Homicide.

Many people of color refuse to believe in this condition, this wave of individualized violence. To me and others like me it is an obvious pattern. Whether the violence is overt, subtle or intrinsic does not matter.

How many times must we have to say “God Bless the (insert name) Family” as we mourn their loss?

Bullying by white supremacists, racists, bigots is always the same, whether it’s a snide comment or pulling a gun. It’s all violence.

Instead of a democracy, it’s a dictatorship.

​​Editor's Note: Authors commentaries do not necessarily reflect the views of Whisper n Thunder. However we stand strong in the belief that our authors have the freedom to express their well-thought out points of view and are grateful for same.