The Myth of “We the People”
~ Karen Spencer-Barnes

“We the People” should reflect ALL the

people, but it does not.  The only people

given the ability to vote were wealthy

male landowners.  Women could not

vote, people of color were identified as only 3/5ths human, and Native Americans were not given any rights.

What is interesting is leaders like Jefferson and Washington knew differently.  Did you know they invited Iroquois leadership to be in the building when the Constitution was being formulated?  They were invited as a resource in forming this document, because the Iroquois already had a fair system of governance that our founding fathers recognized as credible.  I invite you to listen to this video - https://www.youtube.com/watch?v=6ka7HgmQYDw

This past year has given all of us an opportunity to watch (through police webcams, videos and television) the atrocities that are being perpetrated in the United States of America on people of color.  Unacceptable is the only conclusion to which I can come.  As much as I support “Black Lives Matter” and am proud beyond words for my Native American sisters and brothers and others who walk in solidarity with African Americans, I continue to be appalled at the lack of recognition for the ways White Colonizers practiced genocide on Native Americans before they practiced slavery on African Americans.

I have no answers as a white person, but I do believe continuing to educate myself through books and having conversations with people of all races is important.  We need to hear each other’s stories without judgement.  Maybe one place to begin is by listening to Mark Charles’ TEDx talk - https://www.youtube.com/watch?v=HOktqY5wY4A&t=78s. Then, let us have a conversation where together we set the rules for civil dialogue and honesty! 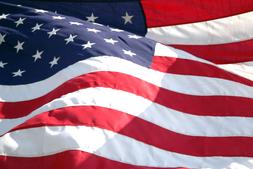