​
The Spirit of an Activist
~ Sarah King with Lori Thomas Riddle


Well, Creator did it again,” Lori Riddle told me over

the phone, her voice high, and taut with emotion.

“Whenever I turn my back on it, it seems like

something else comes my way—a reminder from

Creator that I’m not done yet, that there is more to do.”

Lori Thomas Riddle had just received a phone message from the DEQ office, relaying information about the progress of the cleanup following the closure of Romic Environmental Technologies Corporation located on tribal land. After a long battle with the EPA over Romic’s history of violations with regard to safe storage of toxic waste and inspection violations, Lori and her Gila River Alliance for a Clean Environment (GRACE) convinced Gila River Indian Community officials to close the facility in 2001. Afterwards, Lori took a hiatus from her critical activist role on behalf of her community when the EPA launched cleanup efforts. But with this call from her contact at DEQ, she realized she had been called back to the front.

As a mother and grandmother, Lori is concerned about the suffering of her family and her community from decades of land and water pollution on tribal lands at the hands of “dirty” businesses using GRIC (Gila River Indian Community) as a dumping ground. “Sometimes it just seems too much,” she says, “and I have to ask myself, ‘How am I going to do all this?’”

“But then I think, I guess you just have to be like the water. Water goes with the flow.”

Lori is a proud descendent of the coming together of two peoples, hunters and gatherers who inhabited the Gila River lands and migrants from central Mexico who came to the area bearing new technologies and ideas. The blending of these two cultures resulted in the rise of the Hohokam, great traders and excellent farmers—and outstanding engineers. Using manual labor only, they managed to construct 500 miles of large canals, part of a grand system that irrigated thousands of acres of farmland. It was the blueprint for today’s maze of canals that irrigates and provides water to millions of valley residents.

To this day, the spirituality and culture of the Hohokam is deeply intertwined with the great Gila River which allowed their community to grow and prosper. “We are the River People, the Water Protectors,” says Riddle. “It is central to our identity.”

It is this identity that guided her when she began her work to save the water back in 1999 and which guides her now. “Creator helped me then because I was going with the flow,” she says of her work to shut down Romic. “Things were working for me. It was the right thing to do.”

“And I feel it now,” she continues. “I feel the power of the water in me now. I have to BE the water, PROTECT the water. My people are the water protectors.”

“When I keep my faith strong and keep moving, I feel empowered. It is right and true. Water has a purpose. It is direct and intentional. It is so powerful that it can create cracks in a dam. It can bring down an entire city. True power is a river flowing.”

It is this indomitable river spirit that keeps Lori going. In spite of a multitude of physical ailments, most of which are tied to her own exposure to toxins in the soil on the land where she grew up, she persists. She is a board member of GreenAction, an organization that supported her initial efforts in the struggle against Romic, providing her with the advice and strategic tools that enabled her and GRACE to prevail. She brings her powerful voice and experience to the table whenever and wherever she can, speaking at public events, staying on top of the cleanup process at the former toxic waste treatment facility, and networking with other environmental organizations to support protections for land and water.

“We have to think seven generations down the line,” she says, referring to language attributed to the Great Law of the Iroquois, a constitution that established a democracy between five Iroquois-speaking tribes around 1450. That historic law required the people of the tribes to live and work for the benefit of the seventh generation into the future. It continues to serve as a guideline for environmental activists of today, who, like Lori, believe that their greatest legacy will be a livable planet for all.

“That’s what Creator wants me to do now—work for the children, and their children to come. I have to protect the water to make sure they HAVE a future.”


NEXT ISSUE: The Making of an Activist 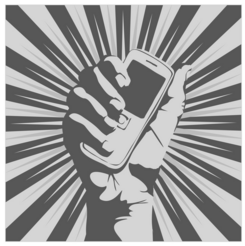