The Stories are Broken
~Taina Amayi

"History is erased; the erasure is forgotten,

and the lies become the truth."  - George Orwell

"They made us many promises, but kept only one.

They promised to take our land, and they did."

"It is a sad day when forgiveness is no longer an option, and only death brings us peace."

"Your [Native Peoples'] stories will be told."

- Leonardo DiCaprio, regarding the movie, The Revenant

If the graves of our Ancestors could speak, they would cry. If the conscience of America could acknowledge the truth of its true beginnings, it would be seen under the filthy sheets covered with the blood of men, women and children murdered in order to build an empire that later would abuse the entire world as it abused us, and abuse us still.

A song that I composed years ago asks, "Who will give accounts for the blood that spilled? Who will tell the stories of our people killed? Who will tell the truth for the lies now told? Who will give account for the deeds of  old? Who will give account for the deeds of old?"
Of this I am certain: The white man will never speak the truth, and the Indigenous that speak the truth are ignored, arrested, or murdered for their efforts. Who wants to hear it, anyway? We can't even get a museum built to show the non-Indigenous the holocaust committed against us... yet another group could. Nothing against them, but their holocaust did not happen here. Ours did...

You want to hear something funny? I used to have a sense of humor. I used to laugh a lot. As a musician I was able to compose songs that would touch hearts... even in other countries! These are no longer true. I am now a walking grave that can only cry my stories to no one at all, because no one listens, or see the wounds inflicted upon my spirit, or the blood that blends with tears that I have shed for as long as my DNA can remember.

I can no longer compose songs that will touch hearts because the inspirations have died of starvation in a place called Nowhere, whose "main street" is a place called loneliness.
There was a time not too long ago when the woods were my home away from home: the Living Beings ;   my Relatives, and the spirits of my Ancestors spoke to me in the winds that blew. I would offer Smoke, Prayers, and Songs, and my Relations of the woodlands would respond. I was not alone, and I knew it. My whole body would vibrate, and my heart would beat to the rhythm of Mother Earth's. Despite the many abuses I suffered during those times not too long ago, for one brief moment I felt sheer joy, peace, happiness... a connection that I hoped would never be broken... but I was wrong. My connection to my peoples is all but dead.

I told the stories of our peoples, and while many may did not hear, some did. I knew that if I touched even one heart with a Song, a Prayer, a story, or whatever tool I had at hand, I knew that some good was done. I never sought fame, or fortune, being a "Native American" musician. I worked so hard to unite my people, that we might be as one in a society that wanted, and still wants us... gone.

There was a time when I was part of something greater than myself, which could have made a difference,  but that burned to ashes, as my dreams had burned. There are many things I can say about this, but wisdom tells me not to, because venomous serpents still have ears to hear, and eyes to see; seeking my downfall, and utter destruction. Sadly, they have succeeded before leaving the hell of "social networking." The worst part of this nightmare is that the very people, my people (calling themselves "NDNs), have caused within me a shocked, and stunned silence.

The irony of it all is how, despite the centuries of violence, disease, deception, and outright genocidal crimes perpetrated against us by the white man, we Indigenous  still trust them to "do the right thing." Yet, they never  will. We, the true peoples of this land... this entire hemisphere... are too busy attacking each other, and doing a better job destroying ourselves than the United States Government ever dream of doing. The Europeans saw our own propensities for self destruction, and they took full advantage of our arrogance.
I can no longer tell the stories. I can no longer offer my songs. All I can do is pray. I cannot trust the white man, for his goal is subjugation, oppression, and power and control over all of us, Native and non-Native alike. We, on the other hand, demand that the powers-that-should-not- be honor the treaties made; over four-hundred of them broken by the white man, while mercilessly shattering what could be... or could have been.
I am tired.

White people were the only ones who stood up to the "NDN" cyberbullies who blatantly attacked me, my beloved, and our entire family. Why should I keep attempting to "speak for my people," when they have not only turned their backs on me, but shot me in the back with the metaphorical "arrows" created, and used, by the ones that want all of us dead?
I cry out this question in the now dying woods. No reply returns to me. All that was good is now gone. I have nothing left to say, for my words fall silent as the Sun goes down. 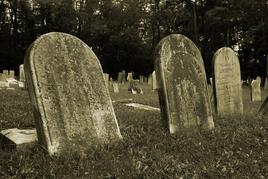