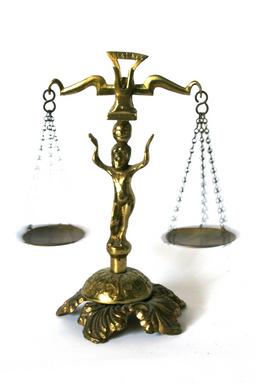 trifecta of challenges to native lands in

the southwest, especially with regard to

water and cultural landscapes.  We can

and—hopefully—at least one bill that will

provide protection for some natural and

and the current status of each.

Oak Flat, AZ—Although Apache Stronghold lost its case to protect Oak Flat from total destruction by Resolution Copper in a recent Circuit Court decision this past year, they plan to move forward with an appeal to the Supreme Court. One of the judges on the three-person Circuit Court panel who reviewed the case acknowledged that their decision would make it impossible for Apache Stronghold’s members to worship at the sacred site; and the lone dissenting judge, Marsh Berzon, noted in her opinion that the panel’s ruling was “illogical,” and “demonstrated narrow definition of substantial burden.”   The Stronghold’s leadership agrees and will build on those arguments to make case that Resolution Copper’s intention to decimate Oak Flat is a violation of the Religious Restoration Act. No date has been set.

Ute Mountain White Mesa Ute Community, Blanding, UT—The annual Spiritual Walk and Protest against the White Mesa Mill held on Oct. 22nd, 2022, drew upwards of 100 people—the best turnout ever, according to Yolanda Badback, organizer of the event.  Badback and her cadre of volunteers have been actively protesting conditions and activity at the mill for years, contending that the mill’s waste pits--which contain more than 700 million pounds of radioactive waste from contaminated sites across the country—are a source of both air and water pollution, negatively affecting the health of tribal residents.  In addition, the Bears’ Ears Intertribal Coalition claims that the mill puts the cultural landscape of the nearby monument at risk with its continuing operation.  Hearings on the mill’s groundwater permitting process will begin in Jan., 2023.  Badback and supporting organizations such as the Grand Canyon Trust, GreenAction and Sierra Club Grand Canyon Chapter urge concerned residents and interested parties to express their concerns to regulators.

Pinyon Plain Mine (formerly Canyon Mine), Tusayan, AZ—The newly renamed Pinyon Plain Mine at the doorstep of the Grand Canyon appears to be ramping up activity with a recent cash infusion for operations and posting ads for mineworkers.  Risks to groundwater pose the biggest problem for tribal communities in the area, particularly the Havasupai Tribe in Supai Village at the bottom of the Canyon.  As of today, over 30 million gallons of groundwater contaminated with high levels of uranium and arsenic have been pumped out of the mineshaft as a result of a leak in an aquifer during construction.  Groundwater supplies likely connect to water sources in the Grand Canyon, endangering residents of Supai Village.

Although it won’t affect continuing operations at Pinyon Plain Mine, many tribes in the area have spoken out on behalf of the Grand Canyon Protection Act (S. 387) which would permanently protect the Grand Canyon region from new mines.  The bill has already passed twice in the House of Representatives, but time is running out to pass it in the Senate.  Please contact your senator to urge immediate passage of this important legislation.