As the world becomes celebratory of the New Year

2022, some of us traditional natives lack interest

or become enthused of what is considered a “New

Year” marked on the Gregorian calendar. As being

a Lakota and walking on the Red Road with several

years of sobriety, in my early years, I often attended

some sorts along with my children. Sometimes

whenever we held a morning star lodge on New Year’s Day, we would arrive early in the evening of New Years Eve just to be in good company with a group of friends and community members. It would be just a somber gathering. No fuss of decorations or cheering as we watched the hands fall on the midnight hour. Throughout the night we would entertain ourselves watching movies or just be in conversation among each other. By morning star on New Year’s Day we would be in the lodge praying for mankind. It is the most powerful time of the day to set intentions when we see that plume of the morning star coming over the horizon.

The main purpose of holding a sweat lodge on New Year’s Eve was to give people a chance to have an alternative from hanging out at a bar all night, drinking themselves into oblivion. Prayers were sent up towards the Creator for our loved ones who may have fallen off the wagon. Also for society in general hoping for enlightenment to understand those following a calendar is designed in such a way of merely supporting capitalism. Each of the 12 months is strategically designed to ensure the economic enticing cutsie titled holidays to maintain growth spurts of consumption for corporations to benefit assuring revenue to merely fatten their bank accounts.

One year, our families held a sweat lodge as we normally did on New Year’s eve. A medicine man came in from South Dakota to conduct the ceremonies, interpreting the spirits. We were in the moment of prayer requests when a spirit came in and asked what we were doing celebrating “a New Year” in the dead of winter. These words were very mind opening in questioning ourselves what have we been doing? Have we been caught up in a different way thinking we were doing something positive? The fact remains of still acknowledging the holiday inadvertently. Since then, it made me rethink what does the New Year mean to our indigenous people in general?

While some other tribes may have their own definition. I can only elaborate on how I view my standpoint as a Lakota. I personally can have up to 3 different times of the year that is considered being my “new year.” The one in springtime of course, in attending any social event like the Denver March Powwow or even a ceremony of some sorts. There’s also two different spiritual ‘new years” that are returning to the spiritual realms of vision quest and/or sundance. These are sometimes not the same exact date each year. One could be in June and the other as late as in October for me. The significance of both are not more powerful than the other but just fulfilling a commitment made with the Creator in the same summer.

Majority of tribes acknowledge the four seasons of the year. Therefore, it coincides with our Lakota celebration of renewals, sensibly designating springtime as our “New Year” when everything becomes awakened anew. Plant and birthing in the animal kingdoms have their own instinctual habits along with the seasons. However, our species of us two-legged do not practice going into hibernation during the winter months. Unfortunately, it seems the majority of our people have also become colonized. Assimilated to go along with the Gregorian calendar. Instituted in 1582 by Pope Gregory XIII (catholic influenced) it still remains in these modern times. The history of the calendar holds some other interesting fact altering episodes of which which was not known to the natural inhabitants of this continent in what was called “Turtle Island” prior to adoption in our regions. Invaders of our land were not even aware or interested that in native's belief there are actually 13 moons in our year cycle. This concept correlates with the connection of a turtle. The fascinating design on the back of the turtle shell has 13 different platelets, with 28 indention encompassing the platelets - the significance of 28 days in a month until the next phase of a full moon.

Though our natives didn’t have desire to manufacture calendars on paper, there are still variances of which moon cycles are called what. Some quite frankly sound a bit too new agey or what was even ‘quoted’ in the book of Black Elk Speaks only signifying 12 moons of what Nicholas referenced the moons in original format. One must remember the era of when my ancestral grandfather was living, his English was rather broken. The author of the book was very flowery in the way he edited the real thoughts that were not always translated in true context. I too, am confused -  the moon phases are documented because they are not in agreement with what scholars of our native educational systems or the opinion of Tim Giago expressed in his Sun Times article describing “Moon of the Popping Trees".

All I know is this: according to an almanac, there was a full moon 100 percent illuminated December 26, 1890. Shortly thereafter on December 29, 1890 Nicholas Black Elk was a very young man, who witnessed the slaughtering from the hilltop of where the US Army 7th Cavalry. Estimating 150-300 of innocent women and children were needlessly killed in the deep snow drifts of along the Wounded Knee Creek attempting to annihilate the band of Chief Big Foot. Prior, Sitting Bull had been killed in Pine Ridge December 15, 1890.

These guys were on major massive killing sprees around their sacred time of their savior Jesus birthday. Lest we not forget what occurred December 26, 1862. As revered Abraham Lincoln was, he had committed the largest recorded execution in American History. The bragging rights of how Lincoln was so honest as to have had his head on a copper penny. Still his wrath from his own demise of being assassinated is not at all haunting in our view. A penny for my thoughts is that Abe got what he had coming to him.

So it makes you think exactly what is the New Year really truly celebrating? Their brutal abuse of power? Even awarding several Medals of Honor for their homicidal tendencies. For our Lakota people especially we are still within mourning period digging ourselves out into doing something positive to heal from these inter-generational traumas. RIP to the ones that died needlessly in our fight to just be one with Mother Earth. That’s all we are, Peace Loving Earth People, that is what Lakota translates into. It is time for the real healing to begin for our white brothers and sisters especially. It is not our people as I view it that have suffered to insanity; the real inter-generational trauma inflicted is the psychosis of mental illness that has been the narrative the white people who repeat their infliction to harming others which karma will cause themselves into self-destruction. It's time for them to just stop and return to the laws of Nature. 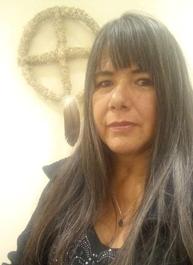