During morning of the 21st anniversary of 9/11

and along with many others, thoughts revolved

around the day and all that has happened since

that fateful morning. Reflections took many

Initially, watching the footage of the towers falling, and living only a few miles from the Pentagon, darkly colored my day with shock, fear and concerns for those I might know laying beneath the wreckage. A glimmer of hope sprung up amongst these from the beautiful reports of huge outpourings of unity of citizens in supportive aid of each other.

Concerns grow, considering if these attacking peoples would succeed in plans to infiltrate and overthrow the current occupiers. We spent time weighing the potential differences that might ensue if these new people were victorious, and installed a political system based on their values. That is, if we remain occupied to what extent does the “who” matter, and if so in which ways? We likely all had our own personal thoughts on this question, and I leave it to the reader to recall their own reflections.

One thing I remember distinctly was perhaps a hope unique among First Nations people. Would this event create a new sense of empathy for the historical events on the many nations of this land. Did this experience make it easier for them to understand the impact of unprovoked attacks? Could their hearts now share the deep sorrow for the innocents slaughtered on the justification that they were members of the nation? Would they recall history and remember the children removed from their families and sent them to residential schools to indoctrinate them in the beliefs of the new occupiers. Did they fear the same for their own children and begin to understand the depths of that pain?

It is difficult to measure whether this empathy grew in any but a few hearts and minds. What did seem to prevail was the same question asked for centuries: “What if we had closed the borders and keep our hearts from compassion for the arriving immigrants?”

The answer was different varying from:

A. Severely closing borders even for First Nations people who wished to cross between territories of different occupiers to

B. Continuing in compassion even to the point of declaring “We are all immigrants.” forgetting First Nation peoples entirely or

C. a balance of some place between the two extremes.

It has been twenty-one years. An entire generation of children have been born, some entering their senior year of college this fall. For those of us old enough to remember, we think about the before in contrast to where we are today. I think about our new Secretary of the Interior and the remains of children returning to their Nations. I see some progress, and as much as lies in my ability strive to support continued healing. I hope the readers can hold the same hopes and motivations in their hearts. 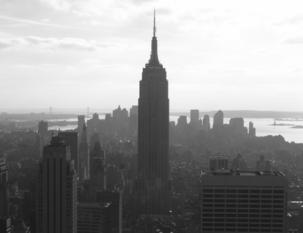