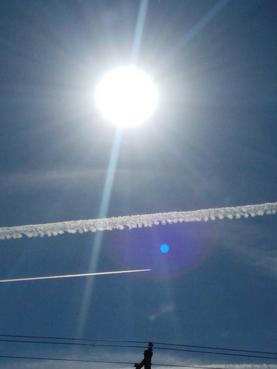 We Are the Ones...
~Taina Amayi

"We are the ones we have been waiting for."

George Washington was an interesting character

in what is called "American history." When he first

encountered our peoples, he knew very well to

fear the repercussions of betrayal against the

ones whom he needed to preserve the English

colonies. Perhaps I can even say that he showed

a modest degree of respect, and humility,

knowing to ask the tribes for permission to

venture into their lands to explore what would

When unequal warfare, diseases, and deception began to take their toll on our Ancestors, his opinion of Indigenous peoples took a major turn. As George, and his colleagues rained down more terror on the tribes, he then viewed them as "wolves with the 'semblance' of humanity. That is American history in a nutshell, and it continues to this very day.
People claim to be superior to animals because human beings possess a supposed awareness that our Relatives of the wild do not, yet, while observing the consistent behaviors of human beings, I beg to differ. We claim to be so aware of the consequences of our actions, yet, destruction makes up the life-giving the landscape of our very existence. It does not matter the race, the nationality, culture, or religious views of any given people. The love of the "American dream" now pervades every nation on Earth; technology is the newest god worshipped... and we are collectively heading towards an abyss from which there is no return.

So, what are we going to do?

In reality, while it is true that genocidal terrorism played the major role in our peoples' tragic, yet heroic, struggles to this day, the one thing that may have altered history was our collective refusal to unite against common aggressors. I cannot be sorry for this statement. We are still divided, especially between the "federally recognized tribes," and the Indigenous denied their heritage. It begs the question: Are federally recognized tribes better off than the displaced children of Earth?

If we are the ones, then who are we? I gave a brief synopsis of the Euro-centric definition of human being (i,e, the specie with "awareness of consequences). I remember this quote from the  late, and great, John Trudell, "I'm just a guy trying to make it in a world where human beings have forgotten the meaning of being human." With the consistent, and often hidden, abuses Are we, as the human children of Earth, truly aware of the consequences of our actions, even we, the Indigenous peoples? Are we really seeing what is being done to us, and what we are doing to each other? Are we seeing what humanity, as a whole, is doing to our Mother Earth, anather Sky? If so, what are we doing about it? What have we learned from our Ancestors, and our Elders? Have we learned anything at all, or are we allowing ourselves to spin out of control into  the oblivion of a place called forgotten? My Relatives, WE decide.

When we were called "Indians," it was cultural stupidity. When we are called "Native Americans," it is a false appeasement, which still exudes possession by a foreign power.

We are NOT possessions.
We are NOT entertainers for the dominant "culture."
We ARE human beings!

We are NOT the "conquered peoples" that the government, and its citizens think we are, unless WE think we are. We are only conquered if we become our own oppressors; behaving like the oppressors that claim (false) possession of us as Peoples. A line in the movie, "Thunderheart," John Trudell's character says to Val Kilmer's character, "Sometimes they have to kill us, 'cause they can't break our spirit." We saw this in 2013, when governmental/corporate forces attacked the Water Protectors at Standing Rock... under Mr. Barack Obama's sleepy watch, as DAPL trudged on with their destructive birthing of the "Black Tarsands Serpent" with total unawareness of the consequences (the pipeline is still leaking death into Lake Oahu). They were never broken, but although not outright murdered, the Indigenous suffered terrible injuries in the guise of "law and order." The Protectors from all over the country, and from other parts of the world, stood strong against violent tyranny. They may have been pushed back, but were NEVER beaten down.

If we are the ones we have been waiting for, who are we? Standing Rock should give us at least a glimpse.

Every act of violence against Earth and Sky is connected. What we see in the mainstream media is called programming for a reason. The same can be said of the education system. The worst thing that anyone can do to another is to betray trust. We, as Indigenous peoples, have experienced this for five-hundred years. We have resisted for five-hundred years, and if Mother Earth does not become uninhabitable within the next five years, we who remember the faces of our Ancestors will resist for five-hundred years more.
Look up to the Sky...

I am writing all this to point out that something evil is here. No, I am not being dramatic. I will not bore you with the scientific details, but will post a link for you all to check out when you can.

Those who have conquered in the past are still here, albeit with different faces, names, clothing, and... technologies. We, as Indigenous need to be very aware, and alert, to what is being done, for the crimes are deadly, and committed with malice aforethought. Why us? Because WE are the ones we have been waiting for.

My prayer, and my hope, is that after this strange treatise, you will research this for yourselves. Remember, ALL PEOPLES WERE TRIBAL ONCE. Ancestors worldwide held the deepest knowledge, and kept the wisdom of The Earth... and even of the universe. They saw the connection of  all things, and respected the Sacred Laws of Nature. The Europeans lost their tribal connections long before they went throughout the world to wreak havok and destruction on tribal peoples... including us. However, I know that many of us still hold to the teachings that respect Balance. The terrifying technologies of which I speak are the threatening the Balance of Earth to utter collapse, even within our lifetimes.

We are called upon to draw from the wisdom of our Ancestors, in order to salvage what little remains. Can Mother Earth be destroyed? No. However, unlike the so-called "inferior" animals, who maintain the Balance of The Earth, humanity attempts, as seen throughout history, to conquer Nature; breaking Her to their will for the purpose of perceived power, wealth, and to play gods over All Living Beings. They cannot destroy Mother, but they are making Her uninhabitable for everyone. Of course She will heal, but not in any timeframe that matters to us, or any of our Relations.

My stand is where The Great Mystery is. Politicians do not want to hear us; they do not listen to us. After all, they are "civilized..." The lands of "federally recognized tribes" are "sovereign," until corporations swoop in to exploit resources, and the tribes are left with toxic wastelands, and despair. Tribes are not allowed what they need to do to help the people without the "permission" of the Department of the Interior, the Bureau of Indian Affairs, and all the other alphabet agencies that make up the maze of the cabal called... government. Well, the above mentioned controversial questions I asked about spraying, and high radio frequencies, bring home what John Trudell said, "We are all Indians now," and Russell Mean, "Welcome to the reservation." If what I am proposing is indeed happening, the government is not asking their citizens if what they are doing is okay with them. As with reservations, the government does not ask their own people for permission to wage war on them, and the war is ubiquitous.

If you look up, you will see strange "clouds" in the Sky. Scientists, and other cynics will tell you that they are "contrails," but this has been scientifically disproven (See link at the end). What you are seeing above you is in the article photo that I took, and submitted for publication. Some still call these "chemtrails," but that is a deliberate misnomer to create a "Warren Commission 'conspiracy theory'" environment. the actual, and scientific terms include, but are not limited to: Geoengineering, Solar Radiation Management. Again, please research this for yourselves. I am not a scientist. I have no doctoral degrees. I simply investigate, and research, and I encourage you to do the same.

What am I asking of you when I say that we are the ones we have been waiting for? I am asking that you put aside preconceived notions. Listen to what is not being said in the mainstream media. Listen to how often meteorologists are wrong when forecasting weather that is engineered. Please note that weather models are done by two "defense" contractors, Lockheed Martin, and Raytheon. Most importantly, please draw upon the wisdom of the Old Ones who came before; those who knew the importance of living in Beauty and Balance upon Mother Earth. Pray, offering Smoke to The Creator, for things are rough now, and becoming exponentially worse with each passing day. Remember, and honor The Sacred. Walk The Red Road, my Relatives, and should you research this, and see it for yourselves, there are things that can be done to save what remains. After all, we are the ones we have been waiting for.