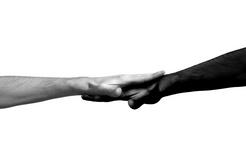 Systemic racism was brought to our

This arrogant attitude has been with

them for so long (approximately 2,000 years) that it seems it is part of their
DNA. Their arrogant attitude is what managed, without any qualms, to
murder approximately 95% of our people with their smallpox-infested
blankets given to our people in 1617.

Racism has been in our homeland since 1604, at the time of white
contact. So, you know that it is woven right into the fabric of the
Canadian nation-state. ‘Systemic’ refers to a system as a whole. And
refers to an organized system forming a network for serving a common
purpose such as a phone system, a highway system, computer system. Or,
in this case, a police system or an Indian reservation system. The
Indian reservation system along with all of its supporting laws and
legislation e.g. the Indian Scalp Act, the Indian Reservation Act, the
Indian Act, the Indian Residential Schools Act, the Indian Women
Sterilization Act, to name but a few. All serve to confine, control,
colonize, and terrorize our people.

This Indian reservation system along with the different laws that serve to separate one group of people (Indians) from the rest of Canadian society; this is the epitome and the embodiment of systemic racism. When John A. and his
cohorts created their own private army (RCMP) they placed this
para-military force within the war department knowing that the main
purpose for its existence was/is to make war with Indians until such
time that Canada was free of its “Indian problem.” The Final Solution.

This systemic racism continues into the present, but the white
supremacists are now much more devious and deceptive in cloaking and
hiding their inherent racist attitudes/worldviews. This is confirmed
in the present through the many years that the Indian reservation
system along with its supporting laws has existed in Canada, meaning
since 1867, and still exists at all levels of government and in all
white institutions. In the words of Meridel le Sueur, "the history of
an oppressed people is hidden in the lies and the agreed myths of its
conquerors."

What can one do with a problem, such as systemic racism,
that is so deeply ingrained within the fabric of the Canadian
society/culture? In my opinion, one way is to hear the words of wisdom
from our spiritual elders who have been teaching since day one that
“we must love one another or die.” And we can achieve this in two
ways:

1. do away with all labels that humans have placed on
themselves, such as “Indian”, “French”, “English”, “Catholic”,
“Protestant”, “Muslim”, “them”, “us”, and on and on and on into
oblivion. We are what Great Mystery made us: human beings with no
labels.

2: our white brothers have to recognize, acknowledge, and
accept how our homeland was stolen by white Europeans through
genocide. No denial.

These are the words of a child of genocide.