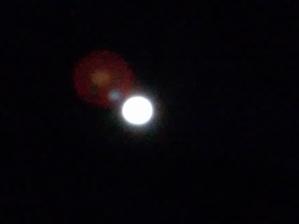 Does this mean that only Indigenous people do, or go through these horrors? No. But in my observations, Native people (those who refer to themselves as "NDNs") commit online atrocities that rival (or are part of) the FBI's (ongoing) COINTELPRO operations (crimes) perpetrated against those deemed "subversive," or as "threats to 'national security.' " Even worse is when they do these things because of one seed of hatred that was planted, and the poison spreads, and mutates.
As in the days when Europeans used our "human nature" against us, and stronger tribes devoured the smaller, weaker tribes, in order to please the foreign invaders, the technologies granted to the "federally recognized tribes," with toxically corrupt leadership, have exponentially "improved" their techniques of assaults upon imperfect, but essentially innocent people...  their smaller, weaker, Relatives.

This, my friends, is the epitome of "being conquered..." unless we change our ways, and say "NO" to the ones who exploit us. It matters not who sits on the throne of the White House, or those who "make rules for thee (us), not for me (them), or those who think themselves the "masters" of our land, and even of the world.

It matters not which side of the political divide spouts false promises. True Freedom knows no politics. When Native peoples engage in cyberbullying, character assassinations, libel, slander, and encourage the destruction of your brothers and sisters trying to do good, you are not Native; you are not free.

If I seem angry, it is because I am. I have come a long way to understand the full story of the American Holocaust. It took me too long to understand our own roles in our demise, which are many.

I am angry that Native women still go missing. I am angry that our children, and subsequently generations to come, have been robbed of the beauty of our respective heritages, our languages, our Life Ways. I am angry that Earth, Sky, and All Living Beings are being abused, destroyed, and downright murdered in order to fatten the Empire's already bloated belly.

Sorry, Mister Trump, but you cannot "make great again" what was never good to begin with. With that point out of the way, with current events creating a true Orwellian/Huxlean dystopia... via manufactured consent, the "pandemic" of doublethink and doublespeak galvanizing populations into praising heinous crimes against humanity, things are now exponentially worse; with no signs of getting even remotely better.

I am angry because the psychopaths have been caught committing their crimes, yet continue to commit the crimes, simply because they can.

I saw The Wolf Moon one night (about two nights before I could even write this). I heard the haunting mourning howls of Wolves weeping for lives lost to pure, unadulterated lies, and the greed of psychopaths for control and power. My voice joins in the mourning, for all these things, but for one more thing above all: The betrayal of The Sacred Hoop by those who should know better. They have forgotten the faces of their Ancestors. There are no Ceremonies anymore for forgiveness.

It is now up to us as individuals to save what little is left...

"It is a sad time when forgiveness is no longer an option."  Anonymous

Between several of our tribes, after times of war, Ceremonies for forgiveness existed; some as elaborate as Pauwaus (now called powwows), to simply welcoming an enemy into one's lodge to share The Sacred Pipe. Despite our differences, our Ancestors understood one another enough to know when enough was enough. This was the foundation for the Haudenosaunee (Iroquois) Five [then Six] Nations Confederacy, and the "burying of the hatchet" beneath the Tree Of Peace.

Sadly, this did not spread throughout the other tribes, despite the best efforts of earlier, and later, pioneers of intertribal unity. If it had, history would look totally different. Today, looking at the remaining tribes throughout the western hemisphere, we see the rotted fruits of the tragic loss of our collective humanity.

Ceremonies for forgiveness and peace were Sacred tools for what balance our peoples had. The wonder that they existed were blessings, but only existed for us, the children of Earth and Sky.

When the Europeans came, we discovered a devastating two-part reality. Among our own nations, a certain understanding existed, making peace, at the very least, possible. This understanding revealed itself even within the internal systems of justice; based on the immutable Laws of Nature. The Laws of Nature generally prevented recidivism, and promoted reconciliation.

Such was not the case with the strange ones from Europe. No Ceremonies for forgiveness, reconciliation, or definitely for peace existed, nor exist today, to ever forgive the White man for his innumerable crimes against us. Sadder still is that on many occasions... we tried. The very nature of the Whites, even among their very own, forbids them from taking responsibility for their actions, and is deeply ingrained in recidivism. They never stop causing harm... and we learned these things from them, even causing harm to each other even as the empire's genocidal crimes against us continue.

Please Note: This is not a "White/Native" issue, but one of human nature, and our collective failures as human beings.

"We cannot solve our problems with the same thinking we used when we created them." Albert Einstein

The "brilliance" of the Europeans was in their observation of the tribal divisions, and continual strife, despite the above mentioned Ceremonies. Pettiness, greed, and downright disdain among the tribes, were not the domain of the invaders from abroad. They saw in these tribal conflicts the same as those within themselves, which is how the tribes in Europe were destroyed by "civilized, militarized, and scheming societies." I say "brilliance" because European nations were at "divide and conquer," for a long, long, time.

It brings to mind another quote by Einstein: "It's not that I'm so smart, it's just that I stay with problems longer." The Europeans used what they saw in us against us, and used it well.

​When the United States Government "magnanimously" gave computers to tribes several years ago (with barely any food, jobs, or little to no necessities to survive, in many cases), the powers that should not be essentially granted the abilities to a. be better tracked, and surveilled, and b. to form groups, and alliances, to attack, defame, discredit, torment, et al., Indigenous people, and groups that don't meet the "federally recognized standards" of being "NDN." At this very moment, Native people who don't carry the BIA "card of recognition;"  who dared to form groups to assist "unrecognized" Indigenous people to reconnect to The Creator, and to their heritages brutally stolen so long ago; who unwittingly "Google" themselves (please never do that) suddenly find themselves on the metaphorical "Most Wanted List!" This is not to mention the online attacks leading to despair, acts of violence against the victims and their loved ones, and ultimately, the most tragic outcome... suicide. It is dismaying that my own peoples, or those pretending to be Indigenous, are committing these crimes against their own.