During the chaos
when the wind was still blowing east to west
and the trees fell one after another in exhaustion
he arose from a thousand year sleep
and remembered the work, the task, the challenge.
It was time to put his back to the wheel, strain against the war
reality never checked in, illusion held sway,
Grandmothers and Grandfathers could not rest.
Trudging blindly through the sandstorms, the dust storms
he remembered his folly, his trust, his fortitude
that languished in the blossoms of his mind
the calloused hands trying to grasp a dead soul
only to be ripped from his hands by an alien force
another level of pain and anguish
he called on the One, let me sleep, let me sleep.
But the water had reached the docks, the ice broke the dams,
and the mountains gave way to mud and silt,
so much death, so much lost.
No time to grumble.
reminiscing only caused a lethargy of the mind.

I met The Christ on the road to Emmaus
Or the powwow trail,
Whichever you call it.
He acted as if He would walk right past.
When I caught up, He laughed,
"Good Ol' Native Humor."

I met Him again at a Smoke Dance,
His feet flew faster than everyone there,
Which is saying something when you consider His Wounds.
When I asked, He answered,
"Walking on water is a traditional dance."

I saw Him in front of the food pantry,
Multiplying two-piece fish dinners.
The good kind, in brown paper and twine.
When I asked if He still heals, He replied,
"Come and Dine."

I spotted Him down home on the shores of the river,
Roasting fresh fish and toasting thick bread.
When I told Him I'm vegan, "I remember," He said.
He pressed corn and beans together into dumplings instead.

I sighted Him another day over by the jail,
Praying for protesters and posting activist's bail.
When I inquired why, He looked right into me,
Said, " I meant what I said about setting folks free."

I found Him surrounded by the Seventh Generation,
Cradleboards, Tiny Tots, the smallest moccasins,
Laughing that babbling brook kind of laughter.
When I joined in, He smiled, too,
"You know, Son, I'm Tribal, just like you."

Scrambling on the ant hill of mortality,
Rushing like a wind that fails
To pick up the fragrances along the way,
With lists longer than our hours,
Desperately grasping the straw,
Sucking so fast the taste is lost.

In the spring the options are limitless,
Energies scattered like dandelion seeds on the wind.

In the summer the burden of growth hangs heavy,
And we wait for the harvest, anticipating the calm.

In the awaited fall we reflect on it all,
Cold sets in and stiffness echoes of numbered days,

And we wish we had taken the time
To lie on the hill and watch the clouds drift by.

First, you sweep up all the ashes,
Spin until you set them afire,
Aspire,
Higher,
Weave wings of broken dreams and treaties.
In the aftermath of the fight against voting,
Shake off serpents and delays,
Pray for Heaven on Earth, new holy days,
Call your Ancestors,
And fly.

​I Can Say I Understand

Every so called Native American Month
in book stores
there's a half shelf of books on indigenous people
but come black history month,
rows and rows of books appear
taking up several shelves
classes on black history are given
even workshops on black
thought are offered

How do you think it feels
to not only
was your land taken
your people killed
but those imported here
are somehow more important?

Learn who you are 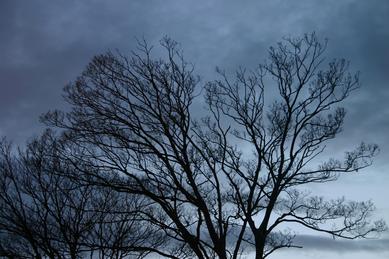