Miss Juneteenth
~ Dawn Karima
(In honor of Aunt B)

I am not a Juneteenth Princess.
I'm surprised when folks describe me as a Southern Belle,
Well,
Crowned a Powwow Princess, some guy called me "Pocahontas,"
Hurled as a slur,
But it missed its mark,
Since it was dark,
And I was protected by my jingle dress.
I digress.
Juneteenth is not Mardi Gras,
Nor the bar and drink specials that mar Saint Patrick's Day.
Seems more like Holocaust Remembrance or Indigenous People's Day,
Filled with memories and grief no words can say,
Unless they speak in tongues.

The irony of it all...
To know you wouldn't be the same,
To know your depth and understanding
And growth and love
All came from pain and getting lost
Down trails that led to lessons that were learned
The hard way...all through trial by fire...

And yet to want for those you love
To grow and learn and gain new depths
And understand the life and world they live,
But not to feel the hurt and pain,
And not to cry and feel the loss,
And feel discouraged to despair.

But in the corners of your heart
You know the only path to growth
Is through the hardships, loss, and pain
That you have felt and then survived...
The loss and pain, the very same,
That those who love you tried to keep
From hurting you before you grew.

It lay there in the case
Beckoning to any who could hear it.
Hand crafted, beautiful, and powerful...
Filled with spirit and life.

She saw it upon arriving.
She knew it was expensive but decided to sacrifice
So she could take it to him as a gift,
In hopes that it would help him awaken.

The pull was strong so she put it on,
Deciding to wear it in her troubled sleep
To see what it would bring.

There was no disappointment.
The eagle swept her up and became one with her.
She soared high and long,
Over mountains, rivers, oceans.
She felt the power and the freedom of the messenger.
She was elated and at peace.
She never wanted to wake.

But wake, she did...
And she wrapped it up and gave the gift
In hopes that it would be felt.
Never did she know ...
But always did she remember.
And the eagle soars on. 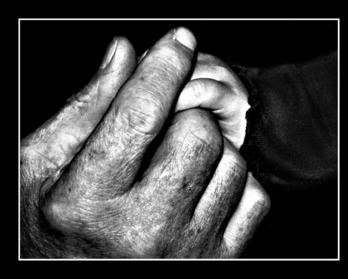