Before I get into the meat of this rant, let

me say up front, I am a gun owner.  Over

the years, my collection grew and dwindled.

Over the years, I have a few “assault” rifles…

a M-l Carbine, an Egyptian Hakim and a

Chinese SKS (AK-47 knock off that

was later stolen).  I sold most of my collection years ago to buy a motorcycle, which I enjoyed much more than target shooting as I have never been a hunter.  But with this years record setting number of mass shootings, it seems time for some sanity in gun control. I do believe in the 2nd Amendment insofar as it goes for hunting, target shooting, self-defense and preservation of history, but…

So let us look at that amendment as written: “A well regulated militia, being necessary to the security of a free state, the right of the people to keep and bear arms, shall not be infringed.”

As with anything, it is time for “A Closer Look” (hats off to Seth Meyers for that one). Keep in mind I aced my college courses about Constitutional Law.

“A well regulated militia.” That has nothing to do with the private groups that claim to be militias.  The intent here is those who performed as the Minute Men did in colonial Massachusetts. Yes, they do still exist, but now they are called the National Guard, each of which is funded by it home state.  It was the Colorado Militia that Chivington released on Sand Creek! That means we have fifty legitimate militias in place.  They are backed up by the Reserves in each branch of the current military.  Seriously, it is that simple.

The part so many miss is the technological end of the equation.  When it was written, state of the art firearms were breech loading flintlocks.  Even eighty years later, the technology had advanced only to the point where flints had been replaced by percussion caps.  Even the best of marksmen could get off only three shots per minute at best.  However, at this point in time, the technology was advancing.

Lever-action repeating rifles from Henry, Sharps and Spencer appeared during the War Between the States, not to mention handcar operated Gatling guns.  While they appeared so late in that struggle as to have hardly made a difference, some made it to the battlefields, mostly at the soldiers own expense.

I have no doubt that the Founding Fathers never considered that technology would take the road it has. How could they?  Had they seen the path, the amendment might have been written more clearly.

By the time of the War to End All Wars arrived, the technology had “advanced” in its kill rate.  Water cooled machine guns had made it to the trenches thanks to Browning perfection of his idea that blowback could automatically reload the next round in the chamber. (I have one of his earliest, a 1905 Colt semi-auto pistol.)

By the time of World War II, his competitors around globe had stolen his basic ideas and tweaked them to their own needs and designs (patent infringement) and the seeds in the garden had been sown.  Garand, Mauser, Bren, Brno, among other brought variations to the front.  While some were arguably more effective than others, leveling the playing field was the “game.” (Sidebar, my namesake was a victim of Mauser machine guns.)

As the world has spun down this road of madness, technology has kept up by producing more powerful and “efficient” firearms.  There is NO need for civilians to have these military weapons!  Recent eventful mass shootings have proven just that.  Unless one has served in the military, one does not have the proper training for that type of weapon.  Explain to me why anyone thinks they do?  I pointed out exceptions above.  The best argument I heard against was “Have you ever seen a deer in a flak jacket?”  There is one need for hunting.  Keep in mind, also, many state limit magazine capacity to five rounds.  In each, violation is a felony.

So my point is, it is high time to regulate semi-automatic weapons. Background check need to be more thorough.  Mandatory background checks are a MUST!  Waiting periods are also an idea that needs more support.  If you have a problem with ANY of these, then you should not have firearms of any kind. After all, what are you afraid of or trying to hide?

Tell Congress to tighten firearm regulations.  Just because your family has yet to be affected by all this violence, ask yourself, how long will it be until it is without regulation?  Family lore has it some of my ancestors survived Wounded Knee…

As a final note, I want to THANK all of you who turned out to vote and keep the fascists at bay…for the time being.  Methinks the next two years will produce a pretty much get nothing done Congress, at least the tromping of our right has been put at bay.

As always, do your best to walk in balance! 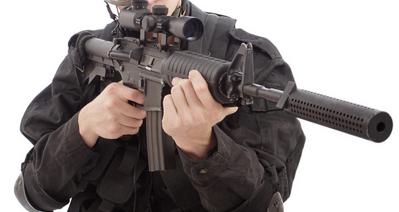